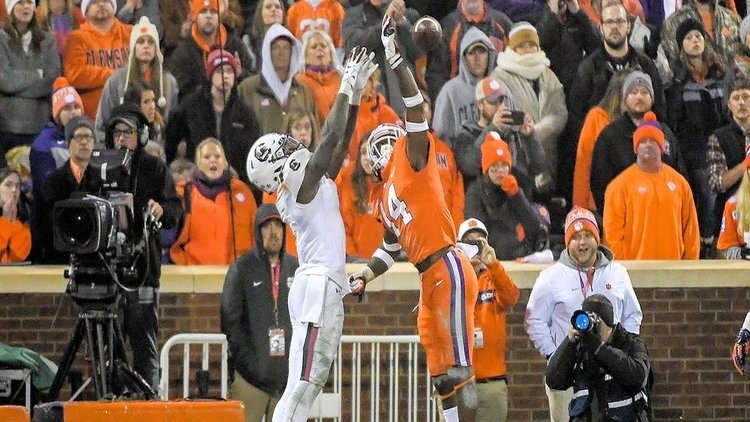 During the contest, Gamecocks quarterback Jake Bentley threw for a school-record 510 passing yards and five touchdowns in the losing effort.

Johnson said that the defensive issues in the secondary are easily fixable for the upcoming slate of important contests.

Johnson was asked how it would be fixed quickly with postseason games approaching.

"I mean that is an easy fix," he said. "We will look at it over film today, talk about it, fix it on the practice field, probably do indy drills and things like that."

No. 2 Clemson will face-off against Pittsburgh for the ACC Championship on Saturday, December 1st at 8 p.m. on ABC.