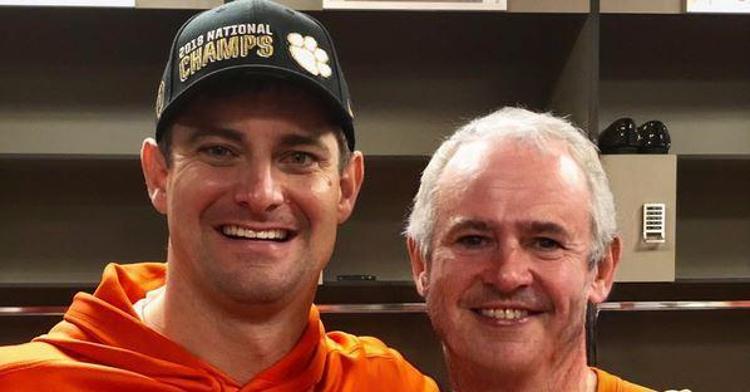 Hunter Renfrow is certainly one of the most beloved football players in Clemson history. He made so many clutch plays during his time at Clemson that media, Clemson fans, and opponents alike joked that he was in TigerTown for decades.

"Will always remember celebrating with @renfrowhunter in the locker room in Cali (old man photo) after such a long career at Clemson," Scott posted.

Congratulations to Scott on the perfectly crafted troll job on Renfrow.

Will always remember celebrating with @renfrowhunter in the locker room in Cali after such a long career at Clemson?? pic.twitter.com/QwK6wKiQJv

Other fans have decided to get in on the action:

why doesn’t the FaceApp work on Hunter Renfrow pic.twitter.com/eYXkempB4s