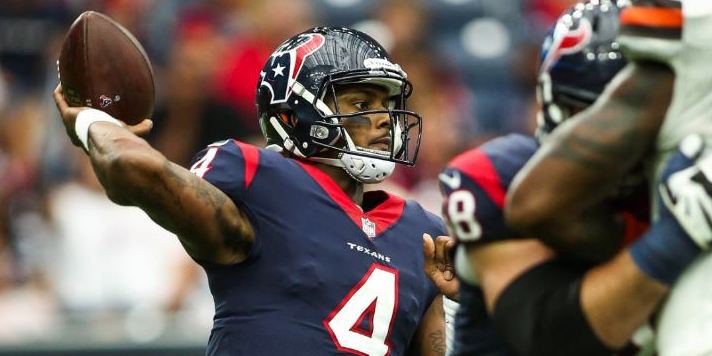 The Houston Texans got their fourth consecutive win of the season in a 20-7 victory over the Jacksonville Jaguars on Sunday.

It was quite remarkable that Deshaun Watson was able to lead his team to the win as he had to take a 12-hour bus ride to get to the game instead of the team plane.

The Texans thought the air pressure could have harmed his bruised lungs and injured ribs.

"The team was concerned about putting Watson through the air pressure of a plane flight as the quarterback is dealing with the team has called a chest injury," he said. "Watson, who has been playing with the injury since Week 5, practiced in full this week and was not in doubt for the game. Watson said after the game he watched football on his bus ride to Jacksonville and slept a lot. Coach Bill O'Brien said his quarterback "is playing hurt" but did not elaborate."

According to multiple reports, Watson watched film and slept most of the bus ride.

"Whatever it takes to get me down here to be able to be with my teammates and be able to play and do what I do to help this team win," Watson said to reporters after the game.