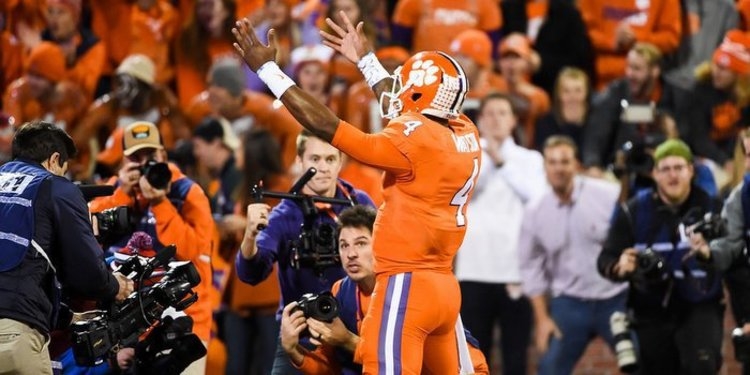 Watson is one of the top quarterbacks in the NFL now

The Sporting News has named former Clemson quarterback Deshaun Watson as their athlete of the decade on Tuesday.

He was the first quarterback in FBS history to pass for 4,000 yards and rush for 1,000 yards in the same season.

For his collegiate career, he passed for 9,201 yards with 83 touchdowns and 29 interceptions. On the ground, Watson had 1,744 yards and 21 touchdowns.

He was also one of just five quarterbacks to have more than 5,000 yards of offense in multiple seasons.