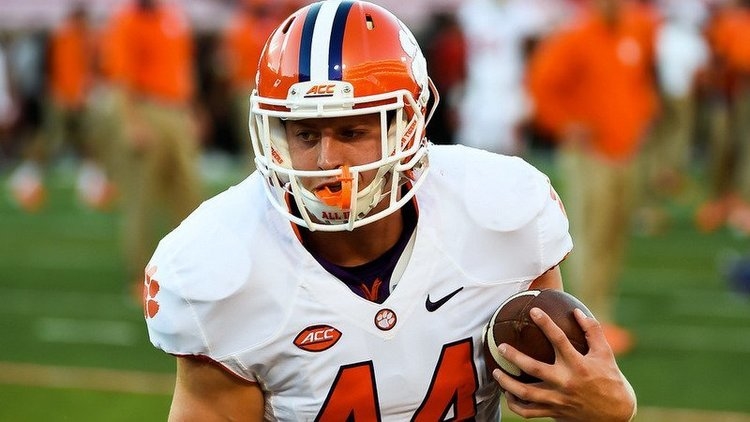 Williams is a talented blocker for Clemson

Junior tight end Garrett Williams will be honored with the Clemson seniors by running down the hill during Saturday's pregame according to Dabo Swinney on Tuesday.

Swinney said that Williams has graduated and was thinking about an opportunity with the military but hasn't decided yet.

"We are going to honor him this week because he is not sure if he is going to be back," he said. "We certainly want him back, but he wants to go into the military. He’s processing that and he is not ready to make a decision. You don’t want to miss out on that opportunity too. He’s already graduated."

The 6-foot-4 blocking machine is a junior on the gridiron and has one more season left of eligibility.

For the season, he has a catch for four yards and a two-yard rushing touchdown.