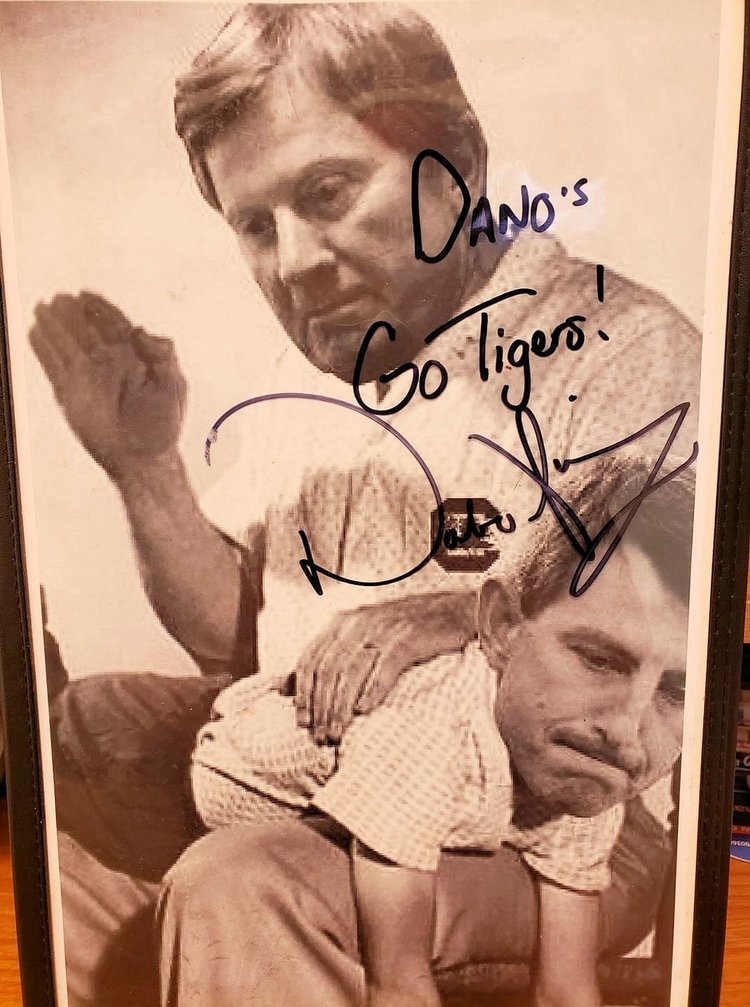 Clemson coach Dabo Swinney has a great sense of humor as he had some fun during a pizza lunch on Monday.

at Dano's Pizzo in Columbia, S.C. right smack in the middle of Gamecock territory.

During the visit, Swinney autographed a photo for the restaurant.

“Dabo stopped by for lunch yesterday, and he was great. He even gave us his autograph!#spursup #gamecocks #garnetandblack #danospizzasc,” a Facebook post read from Dano’s Pizza.

Update: Dabo Swinney signed a clear menu cover, then the management took the menu out and put the picture from the wall inside the clear sleeve.

The meme was from a period when South Carolina had won five straight games against Clemson from 2009-2013. It has been a complete reversal of fortune as the Tigers have dominated the last five games against their rival and earned National titles in two of the previous three seasons.

My how times have changed as Swinney is now a two-time National Championship coach and Spurrier is coaching again with the Orlando Apollos of the Alliance of American Football league.