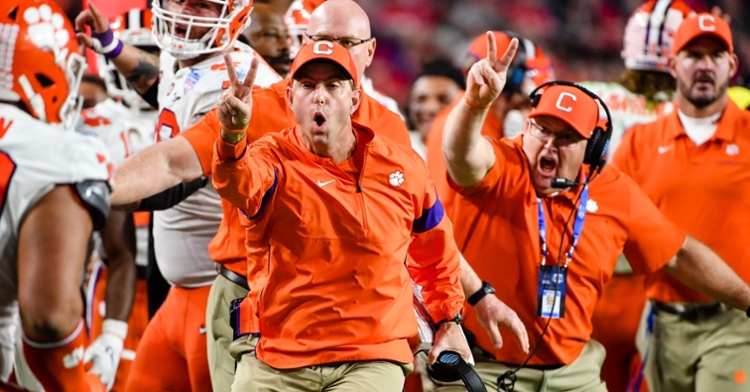 Swinney is ranked the second-best coach in all of CFB

Clemson head coach Dabo Swinney and his football program have ascended to the rarified air of elite status with all the success for most of the last decade.

Swiney was ranked No. 2 overall in the top 130 rankings of FBS coaches in college football, according to Sporting News.

"Swinney has turned Little Ole Clemson into a playoff machine. The Tigers are recruiting better than ever, and a string of five straight Playoff appearances should continue in 2020," SN said. "Clemson is 38-2 in ACC play during that stretch, and Swinney's quarterbacks somehow continue to get better. He has a case for No. 1, but we just can't make the change yet."

Clemson's in-state rival South Carolina had their head coach Will Muschamp ranked at No. 38 overall.