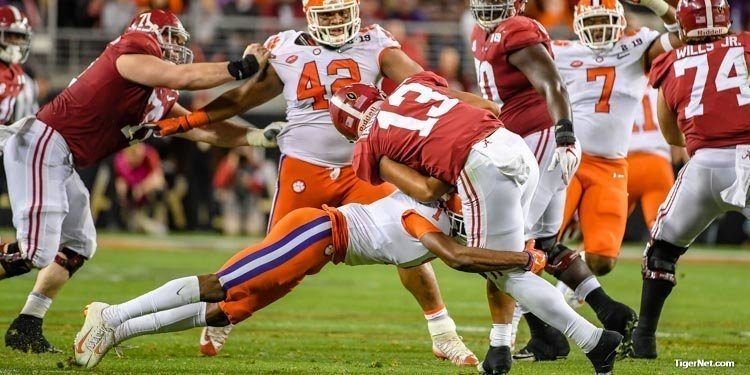 Oakland Raiders rookie cornerback Trayvon Mullen was carted off the field with an apparent head injury against the Los Angeles Chargers on Sunday.

Mullen was hit in the head (by his teammate Curtis Riley) while he was trying to tackle a wide receiver and stayed on the ground while the medical staff put him on a stretcher.

Good news though, as announcers said that he was moving both his arms and legs as he waved to the ground as he was carted off the field.

For the season, he has 36 tackles, an interception, and nine pass deflections.

Trayvon Mullen is at the hospital being examined. Jon Gruden said doctors were looking at his head and neck.

Trayvon Mullen with a wave to the crowd as he's being taken off the field on a stretcher. Hopefully a good sign! Prayers up for him. pic.twitter.com/wrdALj6aiJ