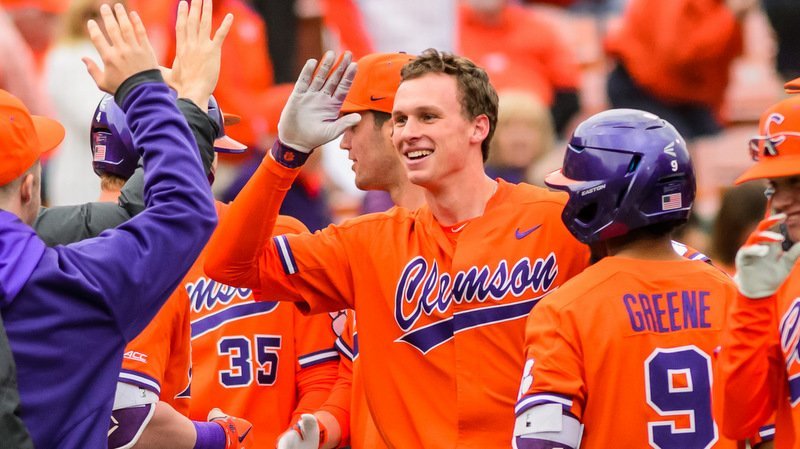 The Tigers scored two runs in the first inning, as Grayson Byrd extended his hitting streak to 13 games with a run-scoring double, then Chad Fairey laced a two-out, run-scoring single. Will Wilson cut Clemson's lead in half in the third inning with a sacrifice fly. Logan Davidson doubled the Tiger lead in the top of the seventh inning with a two-out, run-scoring single. The Wolfpack loaded the bases with no outs in the bottom of the seventh inning and plated two runs to tie the score 3-3. With two outs and the bases empty in the 10th inning, Wilkie lined a double, Fairey reached on an infield single and Hall laced a single past Wilson at shortstop to score the go-ahead run.

Carson Spiers (2-4) pitched the final 3.0 innings to earn the win, while Kent Klyman (5-2) allowed the go-ahead run in the 10th inning and suffered the loss.