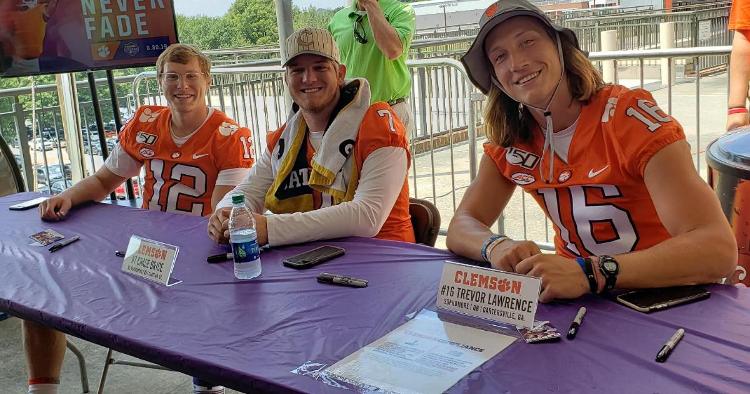 Players could set up deals to sell autographs and memorabilia and also conduct their own skills camps.

An Associated Press report Thursday said that the NCAA is moving toward allowing Division I athletes to earn money from endorsements and sponsorship deals.

Provisions for college athletes to benefit from their name, image and likeness were first passed by the state of California and more followed with proposed legislation, including South Carolina.

After an NCAA committee study on the matter, rule changes are set to be reviewed by college sports administrators this week, per the AP report.

The story notes that players could go into agreements with boosters of schools, but that the NCAA will set up "a mechanism" to guard against those deals being over fair market value and athletes could have their eligibility affected if they don't disclose the details of their arrangement or relationship to the person(s) the deal is with.

One potential source of income for players in the story referenced Clemson's Trevor Lawrence as an example, although he may be graduated and going to the NFL by the time it's passed.

“Trevor Lawrence could have his own passing academy,” an anonymous source told the AP.

Players could also sign and sell autographs and memorabilia and make money for public appearances.

Per the report, no school brands could be used by the athletes in their personal endorsements.