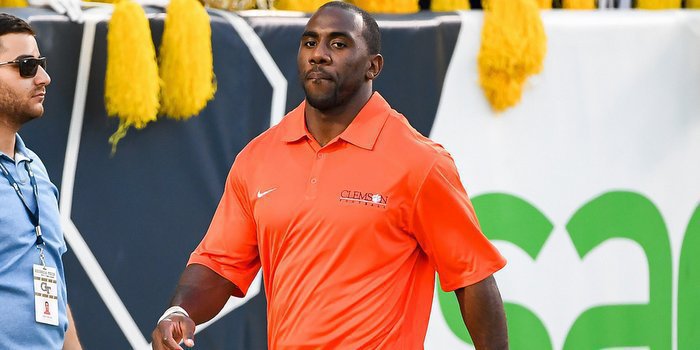 Former Clemson standout C.J. Spiller has re-signed with the Kansas City Chiefs on Friday according to multiple reports.

Spiller was cut by the Chiefs on Thursday because his contract would have been guaranteed for the season if he were on the roster for week 1's game against the Patriots. He has been on a rollercoaster ride as he has been released by the Chiefs twice in the last week.

Last season, Spiller saw limited game-action with six carries for 18 yards with six receptions for 50 yards and a touchdown in short stints with the Jets and Seahawks after being cut by the Saints soon after the finish of training camp.

The Saints signed Spiller in 2015 to a four-year, $16 million deal as a free agent. He finished the season with 36 carries for 112 yards and 34 catches (on 44 targets) for 239 yards and two receiving touchdowns.

Over his NFL career, Spiller had 704 rushes for 3,451 yards with 12 rushing touchdowns and 4,867 yards from scrimmage and 20 total scores. In 2012, Spiller was named to the Pro Bowl as his most productive NFL seasons to date were with the Buffalo Bills. He was selected in the first round by Buffalo in 2010.

CJ Spiller coming off the plane after being cut, signed, cut and signed again by the #Chiefs all in the past 7 days... pic.twitter.com/dV0SaEwBwb

WATCH: Baylon Spector with 10 tackles in win over Colts