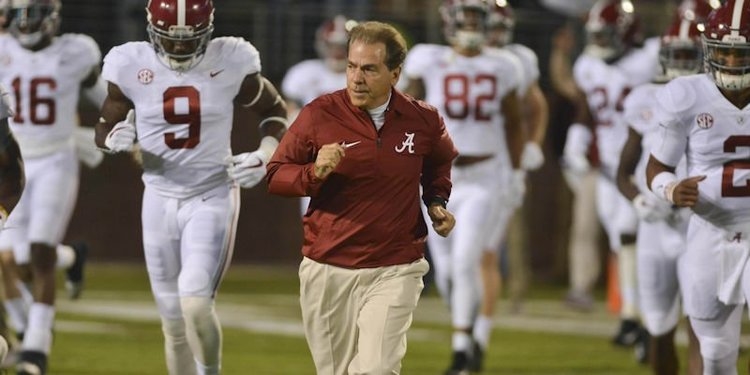 Alabama is the new No. 1 AP team in the land after week 5 action.

Nick Saban was asked about his team leap-frogging Clemson in the polls and believes it's more 'rat-poison' talk.

"I don’t think it really matters at all where you’re ranked or rated right now," he said. "It only matters when it’s in January. When the season’s over, that’s all that matters. It can slip away very quickly. As it did last this week, it wasn’t even because the team (Clemson) didn’t win. It must’ve been somebody’s perception of how they played. So it’s not even about winning, it’s about how you played."

Saban then started talking about how his players should focus on playing to the best of their ability, no matter the ranking or score.

#Alabama’s Nick Saban on avoiding clutter, its No. 1 ranking: “It can slip away very quickly. As it did last week, it wasn’t even because (Clemson) didn’t win. It must’ve been somebody’s perception of how they played. So it’s not even about winning, it’s about how you played.” pic.twitter.com/BmL7WeWWhP