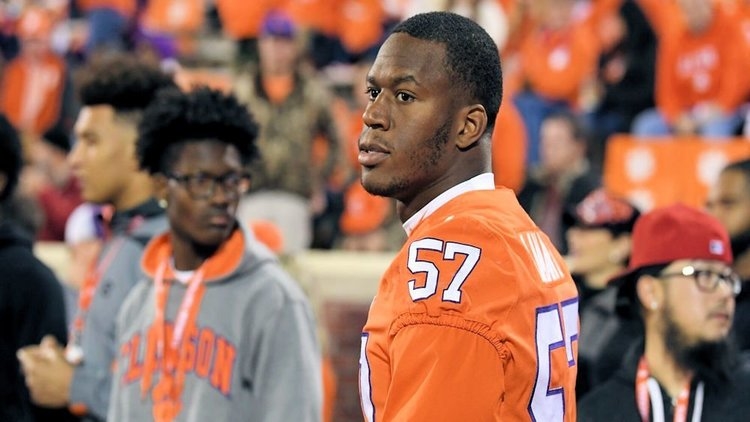 Clemson linebacker Tre Lamar suffered an injury during the bench press competition on Saturday at the NFL Draft Combine and will turn his attention to Clemson Pro Day in March, according to an NFL Network report.

Per the NFL Network, he stopped early during the bench press and held his right shoulder and right pectoral area, but per their source, "he just hurt his shoulder and should be fine for pro day."

Adding that it was a "scare but it turned out ok."

Lamar missed the latter part of the 2017 season with a shoulder injury but recovered to earn second-team All-America and All-ACC honors as a junior with 85 tackles (5.5 for loss) with three sacks, a pass breakup and an interception in 565 snaps.

CBS Sports rates Lamar as the No. 6 LB in the draft and No. 74 overall.

Clemson LB Tre Lamar injured himself during the bench press. Did a couple reps then stopped holding his right shoulder/right pec area. ... source said he hurt just his shoulder and should be fine for pro day. Scare but it turned out ok. #ScoutingCombine

Good to hear. A top LB should be fine https://t.co/wHMcJQE2LG