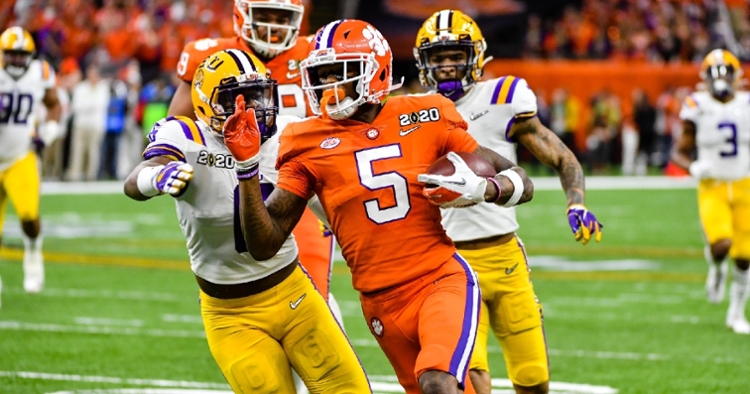 "Simmons was in on 787 plays in 2019, including 225 at safety, 307 at linebacker and 257 at corner," Brandt noted. "In his first year in high school, Simmons weighed in at just 140 pounds; he went on to be an all-state player in Kansas as both a defensive back and receiver...I don't think he can play defensive back in the NFL, but he should be a good linebacker. I have some questions, based on the relatively small sample size we have of his performance at any one position, but Simmons is a playmaker who should start as a rookie and do well. I can't ever remember another player like this."

"Terrell finished his Clemson tenure with six interceptions and 20 pass breakups. He posted a very good combine workout and will start in 2020...The three-year player (Higgins) played in 43 games, with 30 starts. His pro day workout was good but not special enough to warrant his being selected in the first round," Brandt said.

Sporting News has Simmons going fourth overall to the New York Giants, Terrell and Higgins going to the same team in the first round (22nd and 25th respectively to Vikings), Simpson in the third (83rd to Broncos), K'Von Wallace in the fourth (130th to Saints) and Tanner Muse in the sixth (195th to Patriots).