The National Bobblehead Hall of Fame will announce shortly a new officially licensed, limited-edition Clemson Tigers Football Bobblehead, manufactured by FOCO, which is now available for order. Tigernet will get the first chance to order the item.

This bobblehead features The Tiger, mascot of the Clemson Tigers, doing a push-up. In 1978, mascot Zach Mills began the tradition of doing push-ups every time Clemson scored with the number of push-ups equaling the point total. The tradition has since been copied by many other schools but it originated at Clemson. It was produced exclusively for the National Bobblehead Hall of Fame and Museum and is officially licensed by Clemson University and the NCAA.

Other bobbleheads to consider ordering: 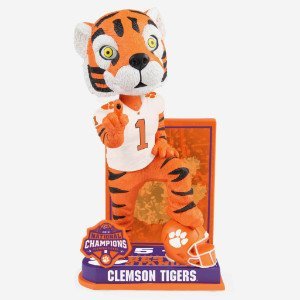 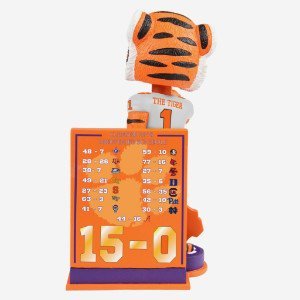 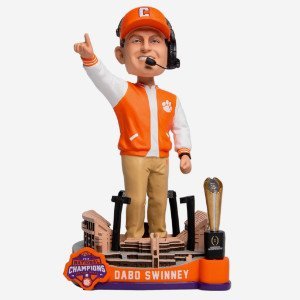 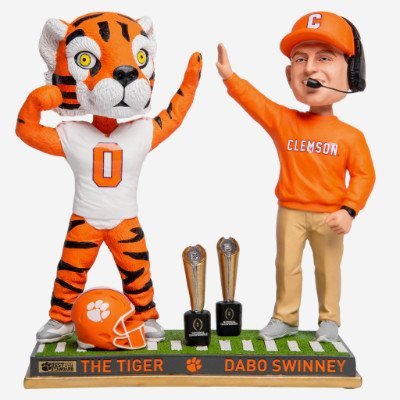