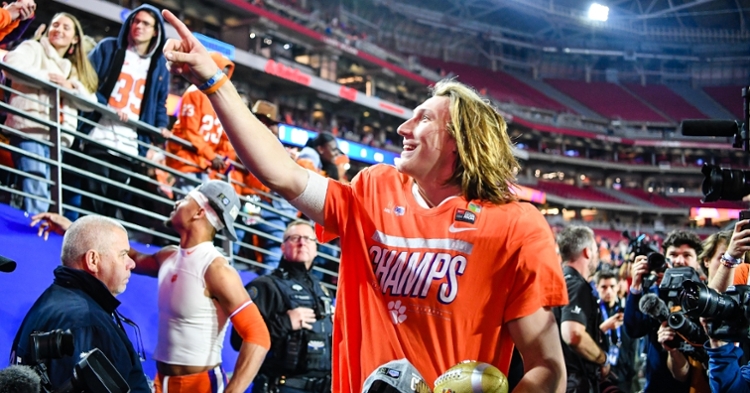 McShay and ESPN project Jacksonville to win the sweepstakes for Trevor Lawrence at No. 1.

"OK, let's begin with a no-brainer. Lawrence is a once-in-a-decade type of quarterback prospect who currently has our highest Scouts Inc. grade on a QB since Andrew Luck in 2012 (99)," McShay writes ($). "Jacksonville dealt Nick Foles in the offseason, leaving it with just Gardner Minshew II and Mike Glennon, and Lawrence would step right in for the Jaguars as an immediate game-breaking starter. With a big arm, great mobility for his 6-foot-6 frame, excellent poise under pressure and off-the-charts intangibles, it wouldn't be long before he was among the game's best."

Travis Etienne is projected as the No. 15 pick to the Miami Dolphins by McShay.

Pro Football Focus tabbed the senior as a "surefire" first-round pick in June.

"His combination of size and explosiveness at 5-11 (and) 215 (pounds) now," PFF lead draft analyst Mike Renner said. "We saw the video of him running stride for stride with Isaiah Simmons. That's 4.39 (40). So that's a fast dude. Just ability to break tackles. Ninety-one broken tackles on 207 attempts this past season. Highest rate we've ever seen. This is a first-round player.

"That is the combination that wins at running back. He is in my opinion a surefire first-round pick."