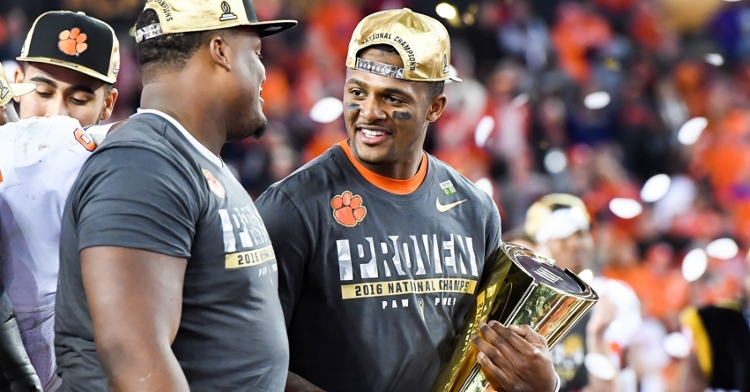 Deshaun Watson's closest matchup was in the final but he had a strong voting contingent in each round.

Deshaun Watson’s status as a legend in Clemson athletics didn’t need much of a boost, but Tiger fans here and on social media gave him just that by crowning him TigerNet’s Clemson March Madness champ.

Sixty-four Clemson competitors, plus a number of honorable mentions, spanning nine decades of action made the cut for the fun competition seeking to recognize standout efforts as a college athlete.

Watson came out on top in the final over the weekend versus two-sport All-American and three-sport letterman Banks McFadden, who played from 1936-39, garnering just over two-thirds of the vote over the four platforms.

The Gainesville, Georgia native was a two-time winner of the Davey O’Brien and Manning Awards and also earned national honors with the Chic Harley Award (national player of year) and the Archie Griffin Award (national MVP).

Watson is tied for first with Rodney Williams and Tajh Boyd in Clemson history with 32 wins as a starter.

Bracket going into the final: 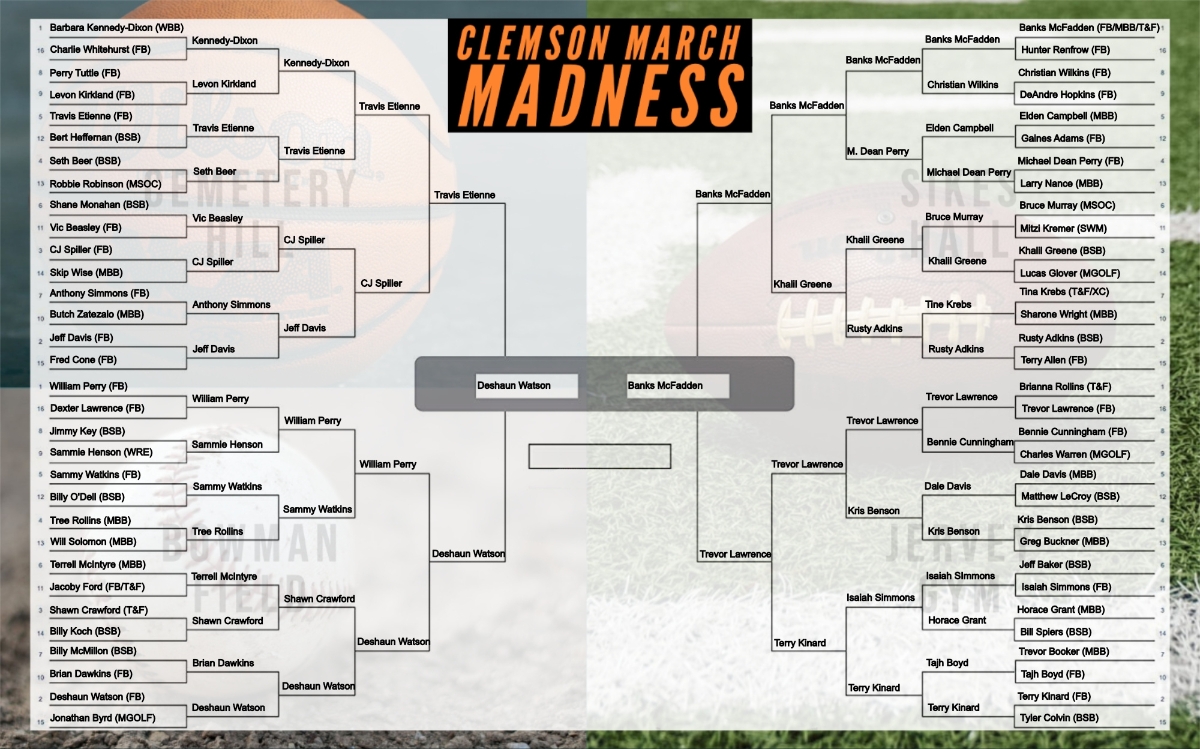