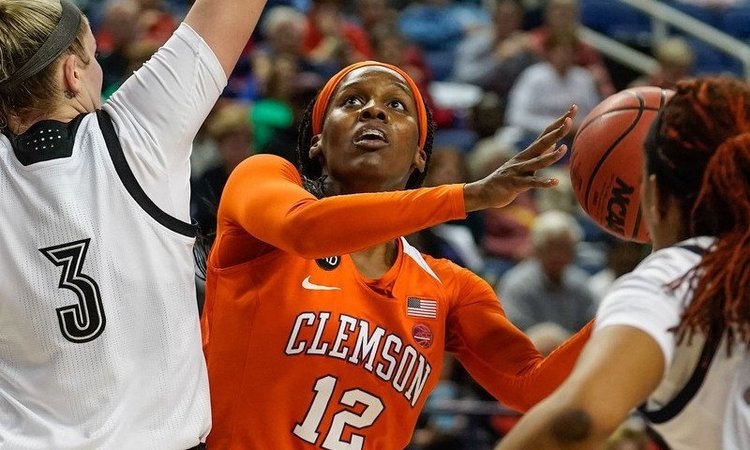 GREENSBORO, N.C. - After producing a pair of dominant performances in the ACC Tournament, senior Aliyah Collier has been named to the ACC All-Tournament Second Team. In two games in Greensboro, Collier averaged 22.5 points and 6.0 rebounds and was instrumental in the Tigers’ 80-79 overtime victory over Virginia Tech.

With the nod, Collier becomes the first Clemson player to earn a spot on the All-Tournament Team since Chrissy Floyd, who snagged a Second Team nomination in 2002.

Collier started the ACC Tournament on a high note with a career night against Virginia Tech. The guard poured in a career-high 28 points and tied the Clemson record for made 3-pointers in an ACC Tournament game (four). Hauling in 10 rebounds on the night, Collier tallied her fourth double-double of the season.

However, it was her performance in overtime that highlighted the night for the guard. Heading into the overtime period knotted at 71, Collier put the team on her back, hitting back-to-back 3-point buckets to put Clemson ahead, 77-74. A jumper and a made free throw later, Collier accounted for all nine of the Tigers’ overtime points.

The Augusta, Ga. native kept the momentum going in the ACC Quarterfinals, putting up 17 points on 5-of-12 shooting against Louisville. A pair of rebounds and shooting a perfect 5-of-5 from the charity stripe solidified her spot on the All-Tournament Team.

Collier and the Tigers now await their postseason fate, which will be decided on Monday, March 18 at 7 p.m. during the NCAA Women’s Basketball Selection Show.