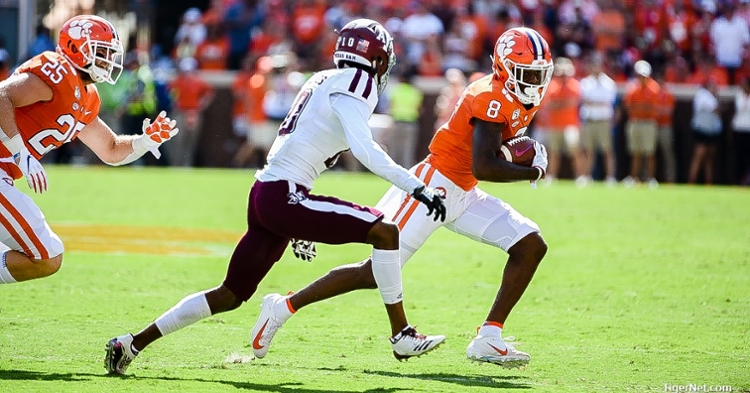 Both teams are coming off of a bye week and that means not much movement on the depth chart front.

After Blake Vinson was ruled out for the season, junior Chandler Reeves is now listed as the backup right tackle to Tremayne Anchrum, who played every offensive snap during the UNC game. Where Reeves was listed previously, true freshman Will Putnam is now tabbed as the backup right guard.

Reeves and Putnam did not play in the UNC game, with the shorter rotation filled out by Jackson Carman, Jordan McFadden, John Simpson, Matt Bockhorst, Sean Pollard, Cade Stewart and Anchrum.

FSU's main depth chart note was filled out on Monday with head coach Willie Taggart tabbing redshirt sophomore James Blackman as starting QB Saturday, while noting that graduate transfer Alex Hornibrook will play as well. Blackman also started the last FSU game in Death Valley, completing 13 of 32 passes for 208 yards with a TD and INT in a 31-14 loss.

Clemson-FSU depth charts
Get the All-New Clemson Nike Shoe before it sells out!
Comment on this story