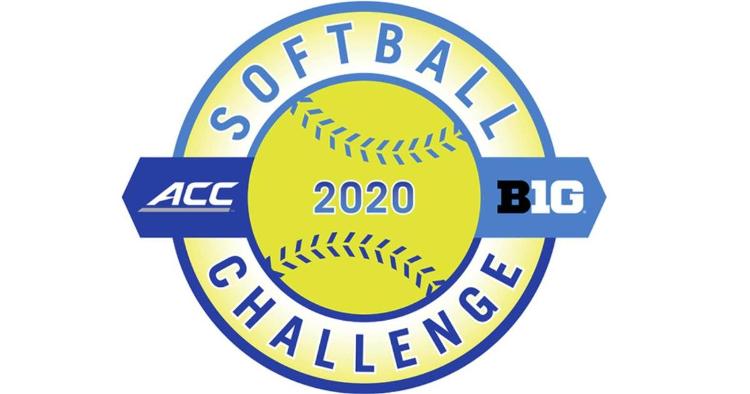 Pittsburgh, Maryland and Michigan State are coming to town in February.

GREENSBORO, N.C. (theACC.com) – The Atlantic Coast and Big Ten Conferences announced Tuesday the matchups for the 2020 Big Ten/ACC Softball Challenge. The fifth annual event will take place Feb. 14-16, 2020, and has been expanded to feature 10 schools from each conference, with each program playing four games each at five campus sites.

In addition, two schools from each conference will compete in the second annual ESPN St. Pete/Clearwater Elite Invitational in Clearwater, Fla., from Feb. 13-16, 2020. 2019 NCAA regional champion Florida State will be joined by 2019 ACC Coastal Division Champion Virginia Tech in representing the ACC at this year’s ESPN St. Pete/Clearwater Elite Invitational, while Minnesota and Northwestern will be the Big Ten contingent in the tournament. The head-to-head results between Big Ten and ACC schools at that event will count towards the final Big Ten/ACC Softball Challenge standings.

The ACC and Big Ten have each won twice during the first four years of the Challenge. The ACC won the Challenge in 2017 and 2018, with Florida State posting an undefeated record against Big Ten teams in the 2019 ESPN St. Pete/Clearwater Elite Invitational.

Exact game dates and times, as well as television and online coverage, will be announced at a later date. The 2020 Big Ten/ACC Softball Challenge participants and site assignments can be found below.