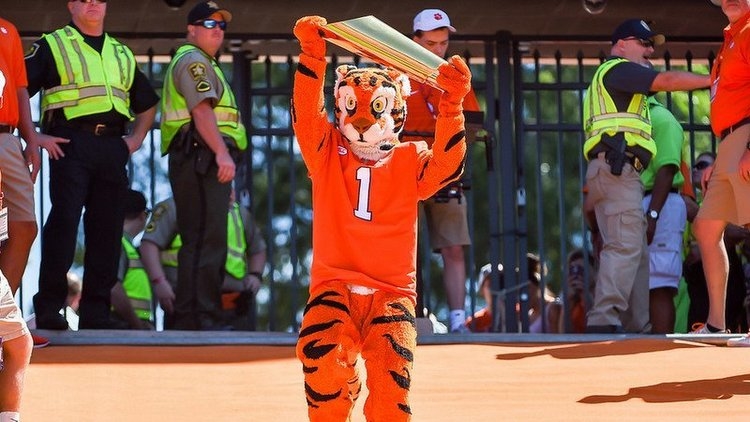 This marks the third straight academic year in which at least six Clemson programs have earned APR awards.

Four of the six programs honored Monday are in the midst of an active run of three or more consecutive years earning APR recognition, including women's golf (five), women's volleyball (three), men's cross country (three) and baseball (three). The football program has now earned back-to-back honors in the midst of eight selections in the last nine years, and women's soccer earned the program’s first APR recognition. Clemson was one of only two FBS schools to earn APR awards in both football and baseball for the 2017-18 academic year (Northwestern).

Each year, the NCAA honors selected NCAA Division I sports teams by publicly recognizing their latest multiyear NCAA Division I Academic Progress Rate. This announcement is part of the overall Division I academic reform effort and is intended to highlight teams that demonstrate a commitment to academic progress and retention of student-athletes by achieving the top APRs within their respective sports. Specifically, these teams posted multi-year APRs in the top 10 percent of all squads in each sport.

The NCAA will release the full APR report featuring all 2017-18 scores on May 8. The APR measures eligibility, graduation and retention each semester or academic term and provides a clear picture of the academic performance for each team in every sport. All teams must meet an academic threshold of 930 to qualify for the postseason and can face penalties for continued low academic performance.