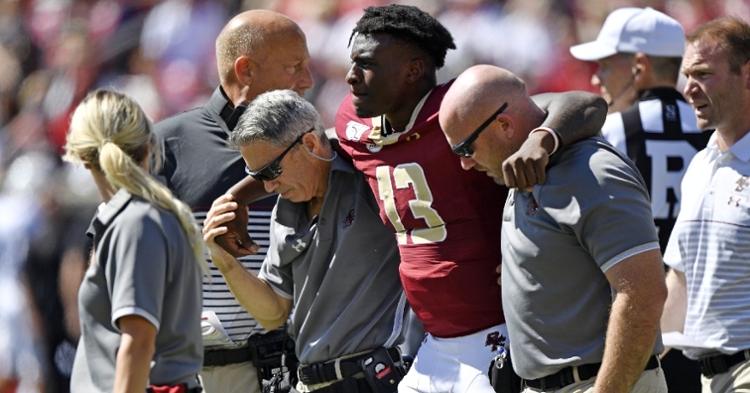 Boston College announced on Monday that fourth-year junior quarterback Anthony Brown will miss the rest of the season with a lower left leg injury.

Brown suffered the injury on Oct. 5 in the 41-39 loss against Louisville. This is his second season-ending injury sustained in four years with the Eagles.

“We’re very, very sad for Anthony," head coach Steve Addazio said. "He worked hard to get himself where he was. He’s seventh all-time in passing in BC history and heading towards greater things this year. He’s had a great career and he’s prepared and practiced and put so much into it. We’re so proud of him. It’s a tough deal, but he’s a tough guy and he’ll bounce back. We’re gonna love him and support him and get him back to where he was, but his season has come to an end.”

Brown was 81-for-137 passing for 1,250 yards with nine touchdowns and only two interceptions. He also had 128 yards rushing with two scores.