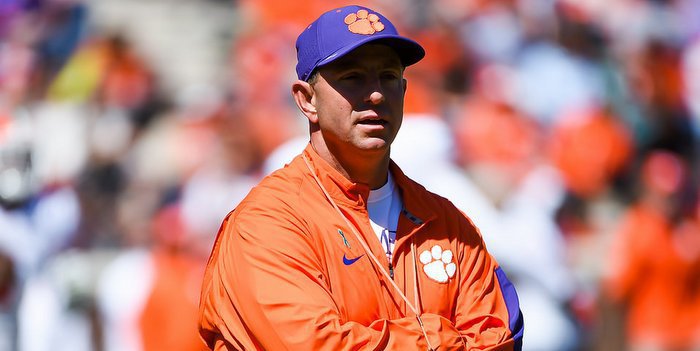 Clemson head coach Dabo Swinney reminds the media constantly that in order to win a championship, whether it’s a division or conference title or even a national championship, a team has to be both lucky and good.

Clemson was both last season. Before Clemson took on Oklahoma in the Orange Bowl, I stood out at Clemson’s practice with Clemson great Jeff Davis. He said that he knew Clemson had a great team because the Tigers were on the wrong end of the turnover margin but still managed to navigate an undefeated regular season.

Swinney talked about Clemson’s turnover problems prior to the ACC Championship Game against North Carolina.

“Never, ever, ever again in the history of my coaching career or any of these guys on my staff’s coaching career will we ever go 12-0 again losing the turnover margin six times,” Swinney said. “That’s never going to happen again. That is just unheard of. The positive in that is we don’t have to play perfect to win.”

The six games in which Clemson lost the turnover margin were against Wofford, Georgia Tech, Boston College, Syracuse, Wake Forest and South Carolina. Among those five Division I Bowl Subdivision teams, Georgia Tech is the only one ranked higher than No. 100 in total offense. Wofford is ranked No. 67 in the Championship Subdivision.

Despite the minus-12 turnover margin, Clemson won those six games by an average margin of 18.3 points. That’s when you know you’re just that much better than those teams. 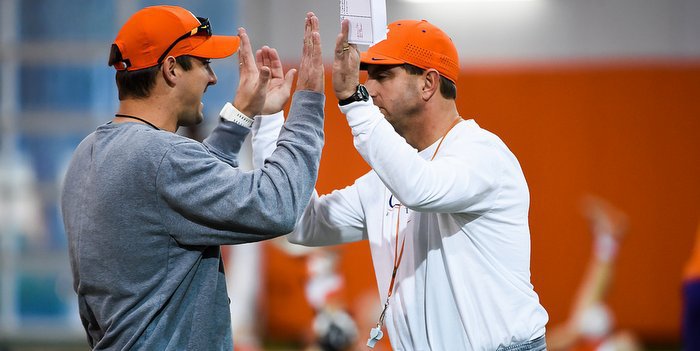 Clemson finished 83rd in the nation in turnover margin a year ago, easily the worst of the four playoff teams. Michigan St. finished fourth (plus 14), Oklahoma finished 15th (plus 9) and Alabama was 21st (plus 10). Clemson was minus 2 (25 takeaways, 27 giveaways).

“When you’ve got good teams, really good evenly matched teams and you’re giving them the ball, you’re in for a long day,” Swinney said. “You can’t turn the ball over like that against teams like that. You’re dead in the water.”

Breaking it down even further, Clemson was even in turnover margin in August and September, plus one in October and plus one in December and January. In November, the Tigers were minus four.

The Tigers lived life on the edge last season and still managed to win, but historical stats tell us that the teams that win championships are way ahead in turnover margin.

Clemson defeated arch-rival South Carolina in late November, but three turnovers kept a bad Gamecock team closer than the Tigers would have liked. Co-offensive coordinator Jeff Scott said the coaches didn’t want to harp on turnovers to the point that the players began to play timid.

“Really, just coach it whenever you see it, talk about it,” Scott said. “These guys will learn from it, and it hasn’t been something that’s been a major problem all year. We’ve just been fortunate that we’ve been able to overcome the ones that we’ve had so far. I think the worst thing that you can do is to go panic and start going crazy and all that because then you get guys who start playing timid and playing scared and afraid to make mistakes, and that’s not who we are. Obviously, we want to be well-coached and play fundamentally sound, but we’re going to go out and play with a lot of confidence and put it all out there.”

The Tigers got away with turnovers last season by winning the turnover battle in big games. But can they do it again this season and still expect to contend for a title? Only time will tell, but you can bet the coaches spent a good portion of the spring working on ball security and will work on it again in the fall.