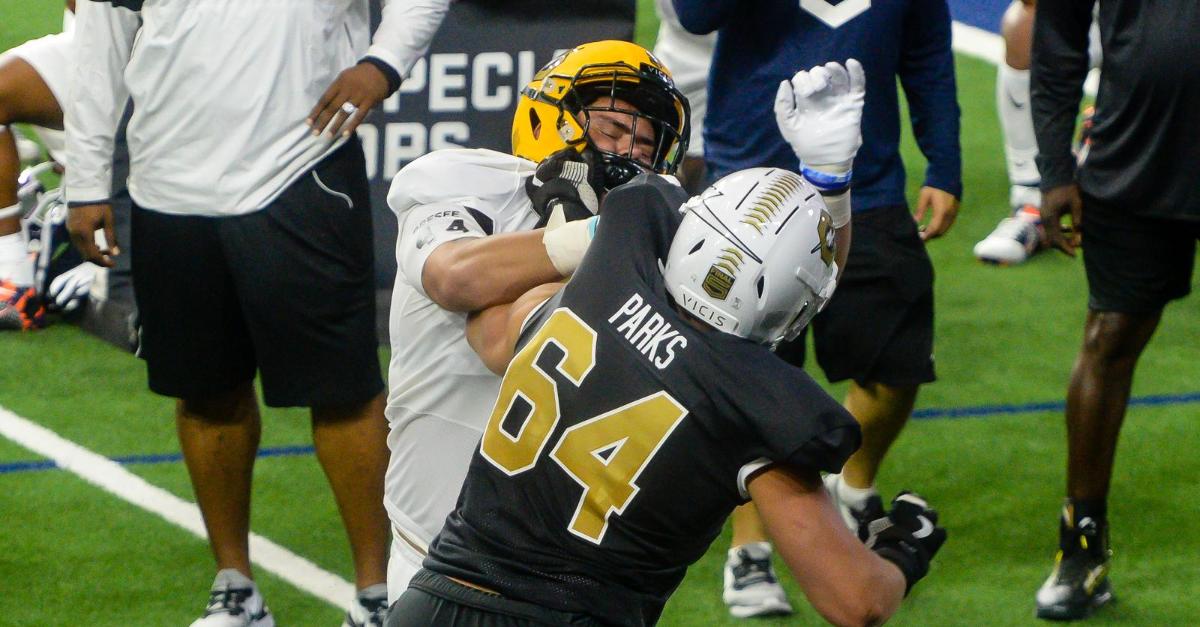 FRISCO, TX – When the final five offensive linemen were announced at The Opening Finals Wednesday afternoon at The Star, it was no surprise that Clemson commit Walker Parks heard his name called.

Parks has been on the fast track in the recruiting rankings after a dominant spring on the camp tour, and that continued with his performance at the summer’s premier all-star recruiting event. Parks graciously agreed to speak with TigerNet about his experiences this week.

“The football has been great, too. I've been able to go up against the best guys in the country. I went up against all of the great outside rushers. Me and Bryan (Bresee) battled it out and it felt like we went against each other a hundred times. It was a good experience.”

“I haven't been thinking about it. Not at this point. They've been giving us a speech about how they don't worry about stars and things like that. They just worry about development, because when you get out there if the guy lined up across from you is a 5-star or a 2-star. If he whips you, he whips you. There is no hiding behind your rankings or saying what you're ranked. We all put the pads on and none of that matters. It all goes out the window. I have focused on my technique. I've learned from some great coaches. So I haven't really been thinking about that and I'm not getting wrapped up in that.”

One of your future teammates says you deserve that 5th star

“That feels pretty freaking good. That is my teammate that I am going to be going to war with. Him saying that and complimenting me. We are already developing a brotherhood. That is a good feeling when a guy like that says that and thinks that, so surely somebody else out there thinks that. It gives me hope.”

Are you ready to get home and prepare for your senior season?

“This gets me excited about my last season. This will be my last high school season and the last time I get to experience that with my friends. I will go home and hang out with them. I just want to be dominant this season. Going against these guys here has made me so much better already. When I go back and play in those games on Friday, there should be no reason I give up any pressure at all after going up against these guys. I should have a pretty dominant season.”