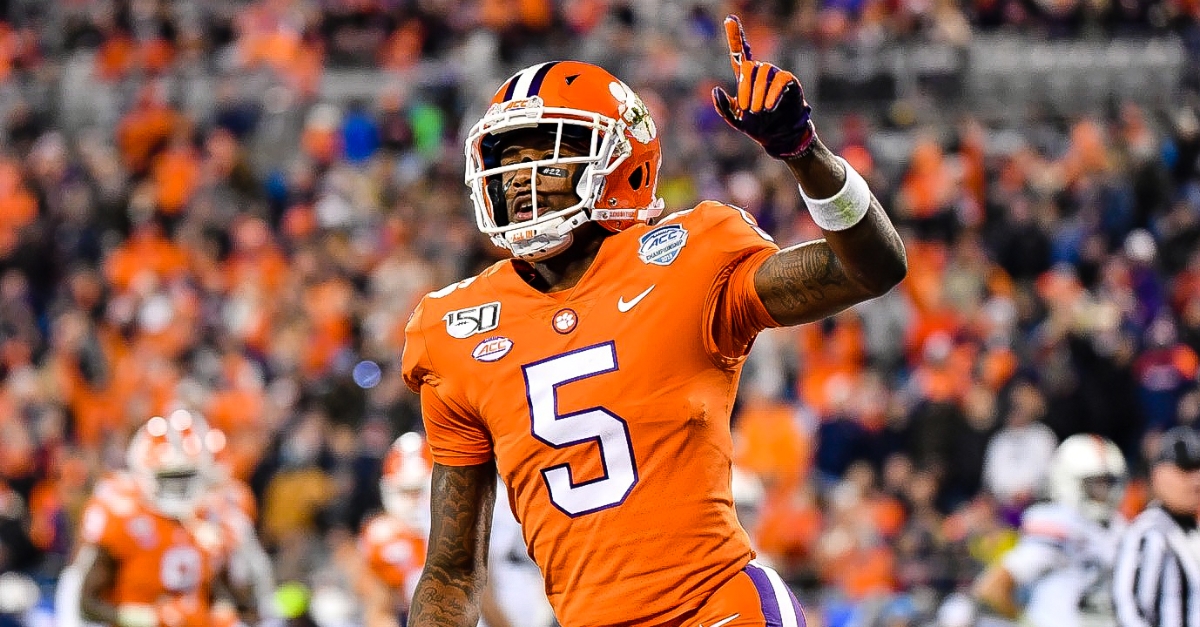 Higgins is excited about playing for his favorite team.

Tee Higgins and Cincinnati Bengals head coach Zac Taylor spent time in conversation at Clemson’s Pro Day last month and there was an instant connection, a connection that now has Higgins paired with Taylor and former LSU quarterback Joe Burrow.

The Bengals selected Higgins with the first pick in Friday’s second round of the NFL Draft, and Higgins will now play for the team he grew up watching.

“Just getting a call from my favorite team in the NFL is surreal. Being able to call myself a Cincinnati Bengal is crazy,” Higgins said after the pick. “Being able to play with Joe - he is a guy with high character. He tore it up on the college field and I know he is going to tear it up in the league. I am really looking forward to building that chemistry with him and going out there and tearing up defenses.”

“I have been a fan of them since AJ Green got there. I was a fan of him since he was at Georgia, and once he got there that is when I turned into a Bengals fan,” Higgins said. “He is a guy that plays with grit, he is a guy that gets jump balls and his body control is unbelievable. I actually have modeled my game after him. I was just talking about this to my friend, I was saying I could end up with the Bengals and be his teammate one day. This is surreal.”

Some mock drafts projected Higgins in the first round, but his name wasn’t called on the first day.

“Last night, there obviously wasn't any call,” Higgins said. “My mentality was whenever I get my name called a team is going to get a hard worker, a guy that is going to come in and grind and just go out there and dominate.”

Bengals head coach Zac Taylor spent time with Higgins at the Tigers’ Pro Day in March and liked the fact that Higgins has played at a high level for a winner.

“Yeah, that has been the standard for him is that he plays for championships. And that is why he went to Clemson,” Taylor said. “When I went down for Clemson’s Pro Day I talked to a couple of their coaches. That was really the last couple of days before everything was shut down. I got a chance to talk with Coach (Dabo) Swinney for about an hour and he just raved about Tee. We specifically talked about Tee. He raved about him and the energy he is going to bring to the receiver room. The energy he brings every day. We have to keep adding weapons as best we can and he is certainly a weapon we can add to our arsenal.”

Higgins said there was a connection from the start.

“We got in right before everything closed down. He is a great guy,” he said of Taylor. “Once I talked to him I was like, this is a guy I want to play for. I knew there was a special connection. I knew there was. And I am just glad I am a Bengal now.”