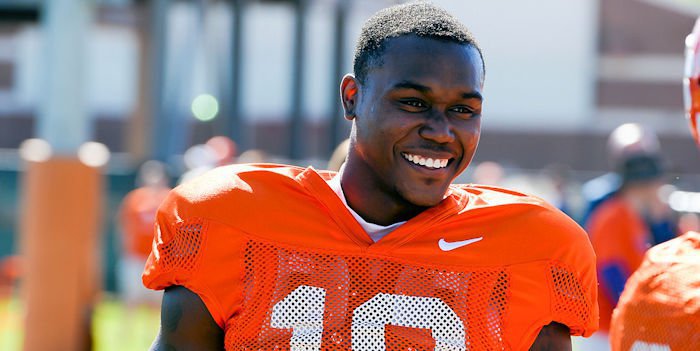 Johnson raised a few eyebrows earlier this week when he gave OSU some bulletin board material.

Johnson raised a few eyebrows earlier this week with his critique of Ohio St. quarterback J.T. Barrett, alluding to the fact that Barrett doesn’t bring anything to the table the Tigers haven’t seen this season.

"He’s pretty good," Johnson said of Barrett. "We’ve definitely faced better quarterbacks than him. I feel like if we can limit him on the ground, with his running, we’ll be pretty good. I don’t think he’s a very accurate passer. I’m not taking anything away from him. I think he’s a real good player but I feel like his strong point is just on his legs."

After he gave that answer, he went in front of the TV cameras and repeated his assessment.

"Not taking anything away from him, I don't think he's a bad player, he's definitely a good player," Johnson said. "He just doesn't stand out as one of the best quarterbacks we've played this year as a defense.”

Swinney took minor exception to a question asked if bulletin board material plays a factor in games, then added Johnson needs to play well.

“Yeah, absolutely. No question,” Swinney said. “Are you asking me about my safety in a roundabout way? Not real smart. He better play well.”

Swinney said coaches are always looking out for something extra that can provide motivation. 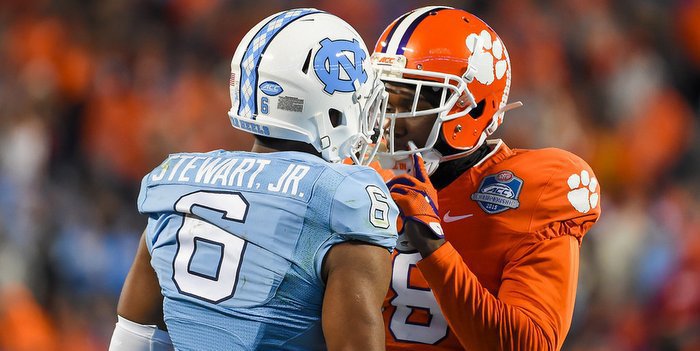 Johnson raised a few eyebrows earlier this week when he gave OSU some bulletin board material."

“Oh, yeah, absolutely. I think as coaches you're always looking for every ounce of motivation that you can find. I don't recall him making it up,” Swinney said. “But I think that it's definitely a part of a game. It's part of preparation. I mean sometimes people throw things out there and again if you think it's a good motivational piece, then you use it. But it's definitely a part of it.”

Barrett said he didn’t pay a lot of attention to Johnson’s comments.

“I mean, that's like it's not anything crazy, I feel like. It's not like we're going to hang it up on the game-day bulletin board and this is what this guy said -- like, we're okay. We're good. You know what I'm saying? We're good,” Barrett said. “Somebody in the past says something about our defense, and we saw how that went. That's how we feel about that. We're okay. If you want to talk, that's okay. We still have to go play the game. That's what I feel like.”