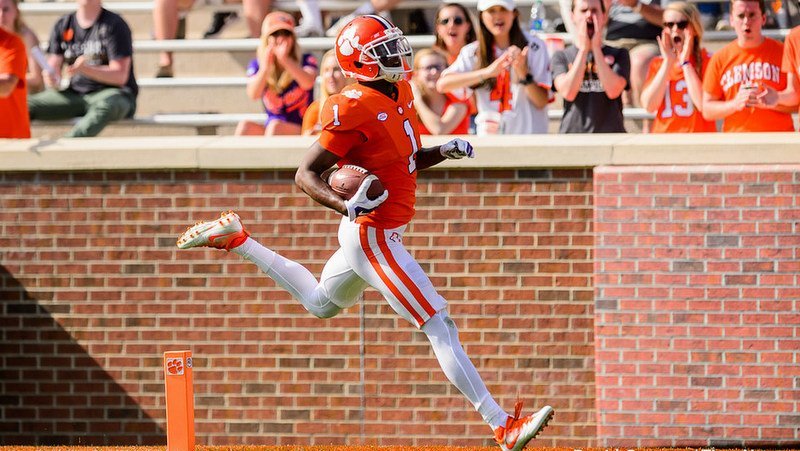 Trayvon Mullen is poised to have a breakout season

Fall camp at Clemson is now just a few weeks away, and as the summer comes to a close (at least football-wise), our roundtable begins to come to a close.

In this edition of our TigerNet Staff season outlook, we take a look at the cornerback position. Who will stand out this season? Who will be the MVP of that group?

1. With several returnees elsewhere, the cornerback group comes into 2018 a bit unheralded. If you’re ranking positions on the Clemson defense, where they do they fall?

Rink: Outside of the defensive line, this group is right up there talent-wise - led by a returning All-ACC cornerback in Trayvon Mullen.

Opposite Mullen is a battle between two highly-rated prospects out of high school in Mark Fields and A.J. Terrell. Fields missed the latter half of last season due to injury but returned to action this spring. Even down the depth chart some lst season, Terrell, a former 5-star prospect, tallied six pass breakups and an interception.

Among the freshmen, a former four-star in LeAnthony Williams received some praise this spring and is listed as a backup for Mullen and a third option at the corner spot. Two four-star prospects are incoming as well in Mario Goodrich and Kyler McMichael.

David Hood: Depth is a concern here, but when it comes to talent this group has it. Here is what I like about Mullen - he came in as a highly-touted prospect but he put his head down and went to work. He showed flashes of brilliance last season but we heard he took it a step further in the spring. Everything I’ve seen points to him having an All-American type of season. Add in talented guys like Fields and Terrell and Williams and the new kids, and this group has plenty of talent.

Nikki Hood:Experienced depth is again a concern just like it is is with the safeties, but if this group can stay healthy they, along with defensive line can make this defense almost unbreakable.

Trayvon Mullen is as good a cornerback as you will find in the ACC and maybe in the country. He combined with A.J. Terrell - and hopefully a healthy and mature Mark Fields - can make life very difficult on opposing wide receivers. This may be the most underrated group on the defense, but they have a chance to be special if they can stay healthy.

2. Trayvon Mullen has earned a few top-100 position rankings both in the conference and nationally by a few outlets this season. Could he perform his way into draft projections come 2019?

David Hood: As I stated above, I think Mullen is going to play his way into the NFL Draft this season. He has it all when it comes to size, speed, and athleticism and his work ethic is noticeable.

He’s also helped because Brent Venables loves to leave at least one corner on an island - 1 -on -1 on the outside - in his blitz packages. That will be Mullen this fall - he called it Mullen Island in the spring - and expect by mid-year that teams won’t even throw his way.

Rink: Mullen showed early and often this spring what opposing offenses should fear in throwing his way, including an 84-yard pick-six in the spring game.

He was among Clemson’s leaders in passes defended (seven PBUs, three interceptions) as a first-year starter last season and has the build to match up any top receiver.

I can definitely see him as a prospect with something to think about come next January - and he will have a first-hand look at how a number of fringe first-round-projected players (i.e. Christian Wilkins and co.) perform this season after returning for another campaign.

Nikki Hood: There’s a reason why most 2019 recruits we talk to say that Clemson is losing a lot out of the secondary and the first name that comes up is Trayvon Mullen.

We get the sense that the coaching staff feels that Mullen may already be contemplating an exit after 2018. He has improved each year and this year should be no exception. If he continues to play well, he will have a difficult decision come January.

3. Do you see a candidate stepping into a Ryan Carter-esque role from a versatility standpoint?

Rink: Carter’s versatility and production will be missed from a Clemson secondary that rated in the top-two in multiple pass defense metrics last season.

Who follows in his footsteps is largely to be determined and likely learning on the job this season. Health may determine roles as the season goes on, as well as that first glimpse at the trio of freshmen.

Nikki Hood: Ryan Carter was Mr. Everything to the defensive backs group last season not only on the field but off the field. He could play anywhere on the field and was not shy about coming out to do interviews, even when there were tough questions to be answered.

I’m not sure that there’s one guy in the cornerbacks group that can do that, K’Von Wallace (who we mentioned with safeties group but is listed as a defensive back) may be that guy. He’s versatile on the field, but I’d like to see him step into a little bit more of a leadership role.

David Hood: Let’s face it, Ryan Carter is going to be hard to replace. KVon Wallace has the potential to be that all-everything guy, and I love the potential of A.J. Terrell. But let’s all keep an eye on LeAnthony Williams. I saw Williams play in high school and was always impressed with just how athletic he is.

People are sleeping on Williams - we didn’t hear a ton from him in the spring, but I’ve heard good things over the summer.