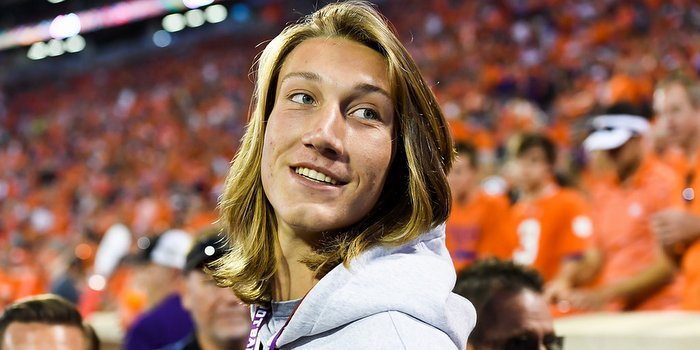 As the Clemson Tigers prepare for the College Football Playoff National Championship, it’s hard not to take a peek ahead into the future.

What does the future hold for life after Deshaun Watson? Can Kelly Bryant, Tucker Israel, Zerrick Cooper, Hunter Johnson, Chase Brice or Trevor Lawrence continue the standard at quarterback set by Watson and predecessor Tajh Boyd?

Only time will tell, but if Clemson’s coaching staff hit on Cooper, Brice or Lawrence, ESPN Recruiting Analyst Tom Luginbill told Sirius XM’s The First Team that the Tigers will be the envy of the college football world.

Bryant – who will be a junior – and Cooper a redshirt freshman will be challenged by Johnson – a midyear enrollee – and Brice, a 2017 commit. However, Luginbill believes the starting job will be won by either Cooper or Johnson.

“Chase Brice is also in this class as well, so that's two quarterbacks. The thing that's intriguing to me is that Chase Brice and Hunter Johnson are both pocket players,” Luginbill said. “They are throwers. They are passers. They are arm-talent guys, whereas Kelly Bryant, Zerrick Cooper, Deshaun Watson, Tajh Boyd before him have all been in that dual-threat mold. In my opinion, while Kelly Bryant has been the backup this year, I think the competition this coming fall will be between Hunter Johnson and Zerrick Cooper for the starting duties at Clemson.” 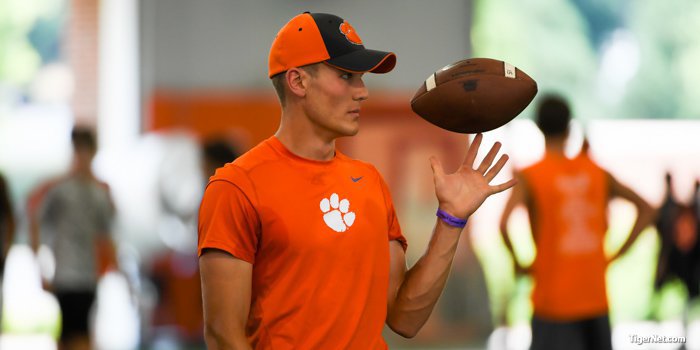 While Cooper threw for over 2,000 yards and 21 touchdowns while rushing for 359 yards his senior season, Luginbill believes that Johnson has a premiere arm talent.

“If you say, 'Who is the most polished, college-ready player from a throwing perspective in the group that's going to be considered?' You would say it's Hunter Johnson, which is why I believe he will be immediately thrust into the competition,” he said. “He won't be the athlete that a Kelly Bryant or a Zerrick Cooper is but he will probably be ahead of the curve as a thrower.”

“Now, Trevor Lawrence is going to get back to that dual-threat dynamic type of mindset where you can utilize him as a designated runner,” he said. “He, in my opinion, if you took Cooper, Bryant, Hunter Johnson, Chase Brice - remove Deshaun Watson because I think he's in a bit of different category because he's been established - and you said, 'Okay, who has the most naturally, physically gifted, total package?' You would say it's 2018 player Trevor Lawrence.”