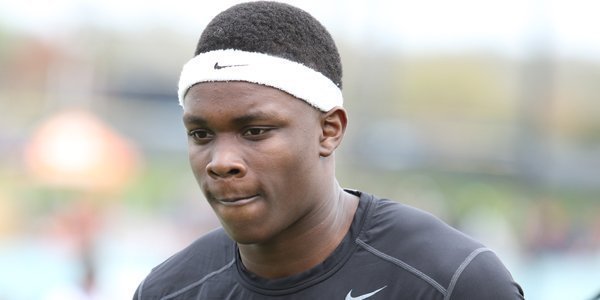 Mitchell has Clemson in his Top 11

Teradja Mitchell recently released a list of his top 11 schools, and it’s no surprise that Clemson made the cut.

Now it’s up to defensive coordinator Brent Venables to make sure the Tigers stay there.

Rivals has Mitchell listed as the No. 4 inside linebacker nationally, No. 96 overall and the number two prospect in the state of Virginia.

He has offers from all over the country, but the 6-2, 247-pounder recently released a Top 11 that included Clemson, Florida, Georgia, Alabama, Virginia Tech, Michigan, Ohio St., LSU, Penn St., Southern Cal and Florida St.

What stands out about each school?

“Each school shares a common trait that goal that plays a big role in my recruiting and that is coaching,” Mitchell told TigerNet this week. “All of the eleven schools I feel have great coaches that can develop me to be not only the best football player I can be but also the best man. Their success over time speaks volumes to that.”

Venables also doubles as Clemson’s linebackers coach, and the two are still developing their relationship.

Mitchell has Clemson in his Top 11 "

“It is definitely starting to become closer, over these past couple months,” Mitchell said. “His message to me has been that he wants me to come be a Mike for Clemson and he wants me to get back down there soon, and I’m planning that right now.”

Next up for Mitchell is a series of visits to the schools on his list, and he hopes to make it to Clemson to see the coaches and the football complex during Clemson’s spring practice.

“I’ll be visiting Alabama the week after next on the 25th and possibly Georgia next week,” he said. “I’m planning to visit Clemson sometime in March or April.”

“I have no timetable for that. I’m thinking sometime after my senior season,” Mitchell said.