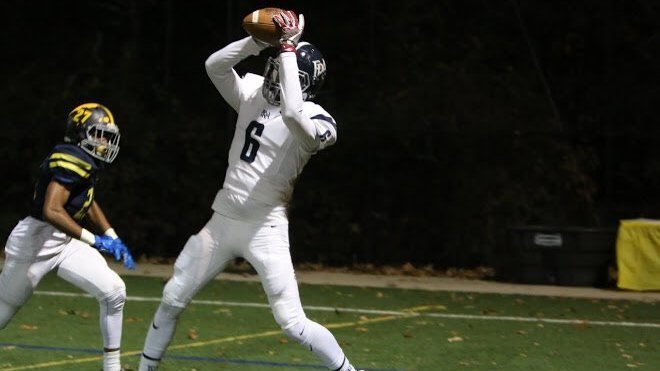 The Tigers are pursuing another top Tennessee target

Clemson is following a familiar path in building its ‘WRU’ for the future – one that four-star receiver Lance Wilhoite has been following too.

The Nashville product is the latest Tennessee target the Tigers are after, following-up signing two of the state’s best prospects in the last class in Tee Higgins and Amari Rodgers.

Wilhoite, out of Franklin Road Academy, played both in 7-on-7 competitions and tracked their progress ever since. He’s noticed the early playing time for the freshmen, as Higgins has particularly emerged lately – leading the Tigers with a 20.3 yards per catch average and now up to fourth in receiving yards (345).

“They (Clemson) are using their receivers,” Wilhoite told TigerNet recently. “Amari Rodgers and Tee Higgins are both from Tennessee and both those boys are playing and just showing how what you do behind the scenes and hard work and dedication helps you be able to play college football.”

Wilhoite, who’s rated as high as the No. 38 overall prospect for 2019 (ESPN), lists Ohio State, Clemson and Louisville as his top-three, in no particular order. He called the Tigers’ recent offer “a big step” personally.

“I felt like this is a major offer because Clemson is the No. 1 team right now in the country and they’ve won the national championship last year,” Wilhoite said, “and I feel like they’ve been doing good the past three years. For them to offer me is a big step. I’m only 16 and the No. 1 team in the nation finds talent and interest in you – you feel special.

The Tigers are pursuing another top Tennessee target "

“It makes me feel good because all my hard work that I’ve been putting in behind the scenes is finally come to show. They recognized that.”

Wilhoite is targeting a junior day visit in January for his first trip to Clemson, where he hopes to build a connection with his fellow Tennessee targets.

“He’s been telling me to focus on high school right now,” Wilhoite said, “and how to get myself and my team better because the football aspect – I have that already – he just wants me to become a better man. He doesn’t just want the athlete. It’s what makes you special other than your talent on the football field.

“How you make other people better with the energy you bring around and stuff like that. He likes the energy (I have).”

He said Clemson and Ohio State stand out for how they recruit the person, as well as the player.

“That’s one thing that championship-caliber teams have,” said Wilhoite. “They have good men in their locker room. Not just good football players. It’s different to hear that. Other schools just tell me about my talent and stuff like that. For him (Scott) to talk me about that on a daily basis and not just worried about my athleticism and talent on the field is really different and special.”

Wilhoite was named athlete of the year for his region after tallying 67 catches for 1,067 yards and 13 touchdowns and also 62 tackles (37 solo) with one interception.

The 6-foot-3 and 175-pound target says Deon Cain and Higgins are Clemson receivers he sees his game modeling.

“I feel like I can play outside and I can play slot,” Wilhoite said. “I have enough speed to blow past DBs and physical enough to get off blocks and I’m also fast enough to play slot and go up against linebackers and DBs and safeties. I have strong hands and all that coming out of high school and focusing getting athletic and also adding on to my footwork – that will make me stronger and different from the rest.

“A lot of wide receivers play only one position, but I can play all over the field.”

For the latest on Clemson's 2019 class, check out our targets page.