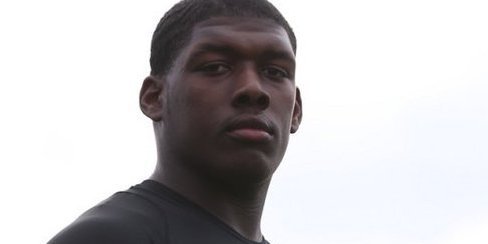 Sorrells hopes to make it campus at some point this summer

Jaquaze Sorrells has been committed to Florida for a year and a week, but that didn’t stop the big-time 2019 defensive tackle out of Largo (FL) from being excited about an offer from the defending national champs.

“Coach Venables gave me the offer. He texted my head coach and told him to have me call him,” Sorrells told TigerNet. “I called Coach Venables and he was asking me about my summer and we were talking about my cruise to Mexico. Then, he was just like, ‘I just wanted to let you know that you have an offer from us.’”

Getting an offer meant a lot to Sorrells, and for a few different reasons.

“Honestly, it was something that I’ve been wanting for a long time,” he said. “Clemson was always a school that I felt like never really targeted my school. Just looking at the players that left my school and the offers they had, I just always wanted schools that never ever looked at Largo High School. To get an offer from Clemson was a very exciting moment.”

He then said he learned a lot about the Clemson program last season when the Tigers put together a 14-1 season that ended with a victory over Alabama in the title game.

“I watched them a couple of games. I really like that defense,” Sorrells said. “Clemson’s defense wasn’t just one or two people leading the team, it was everybody on the defense being leaders. I like the way their coaching style carries the team and the whole team feeds off of that positive energy in a game. Obviously, they won a national championship.”

Sorrells (6-3, 250) has other offers from Alabama, Florida, Georgia, Kentucky, Michigan, N.C. State, Oregon, Syracuse, USF, Tennessee and Virginia Tech but wants to make Clemson one of his next visits.

“I haven’t made a visit yet, but I plan on going up there at the end of July when I visit Virginia Tech,” he said. “That’s what I’m trying to do right now.”

Sorrells said he’s still committed to Florida, but wants to make sure that he understands all of his options.

“Basically, just to get out. I’m not going to be stuck on one school because that’s my dream school,” he said. “Maybe just me getting out will attract me more to Florida because I didn’t like what I saw at other universities or me going out will make me think differently. Anything can happen, but I just want to go out and look at every opportunity possible. Once I visit every school that I want to look at, then I’ll make my decision from there.”

However, he knows Clemson will always be at the top of the list.

“Most definitely. Clemson is always going to be my top school. Long before Florida was my dream school and dreams of playing in The Swamp, Clemson is a school that over time I gradually became close to,” he said. “I would love to get close with Clemson and their coaching staff. They already told me how they look at me on their defense, so their vision for me right now is great.”

Where do the Tigers see Sorrells playing in Venbales’ defense?

“The environment and the atmosphere that the school brings. The community. Academics,” Sorrells said. “I really want to go to a school that after football, my academics and my degree will take care of me even if football doesn’t pan out well for me. The academics, the environment, the love and the family hospitality that I’ll get from the university and the people around it.”

Sorrells, who is listed as a defensive tackle by most of the major recruiting services, is ranked by 247Sports as the No. 185 overall prospect in the 2019 class.