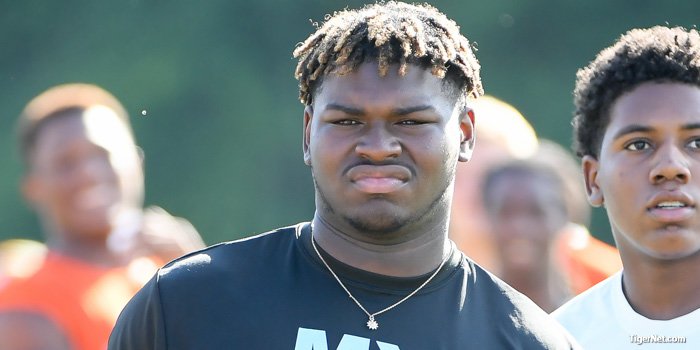 Curtis Fann figured a scholarship offer would come at some point from the defending national champions, but he didn’t know it would come so soon.

Fann is a 2019 defensive lineman out of Twin City (GA) Emanuel County Institute who is just a few months away from his junior season.

South Carolina was his first offer back on May 15th, but since then, Auburn, Alabama, Georgia, LSU and N.C. State have jumped on board.

“It was great. I really wasn’t expecting it,” Fann told TigerNet about receiving the offer. “Coach (Brent) Venables walked over to me and told me he really liked me, and that I had an offer to play for Clemson. I thought it was going to happen a little later than it did. They made the offer before I ever worked out. Coach Venables told me that I am really physical and his kind of player.”

Fann said his first visit to Clemson was better than expected.

“It was a great visit. The facilities are top-notch,” he said. “That weight room is huge. I can't really imagine there is any place in the country that is any nicer.”

Fann says he didn’t spend more than a moment talking to any of Clemson’s current players, instead focusing on building his relationship with defensive line coach Todd Bates. Bates visited Fann during the spring evaluation period. 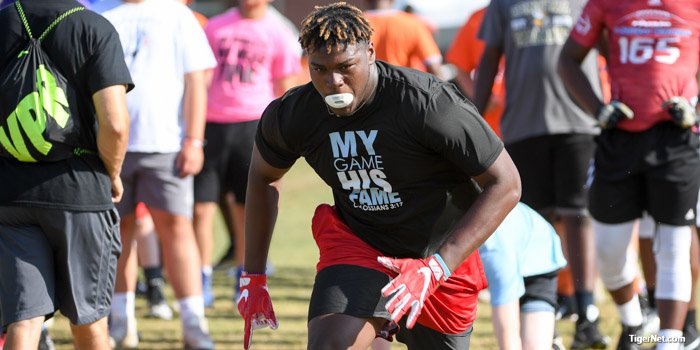 What does he know about the Tigers, other than last season’s title win?

“I know they put a lot of defensive linemen in the NFL,” he said. “That is important, to know you can make it to the next level there.”

Fann said he isn’t in any rush to make a decision or even release a list of his top schools, but he knows where the Tigers rank after this week’s visit.

“They are high. I know they have a great fan base, and great academics,” he said.