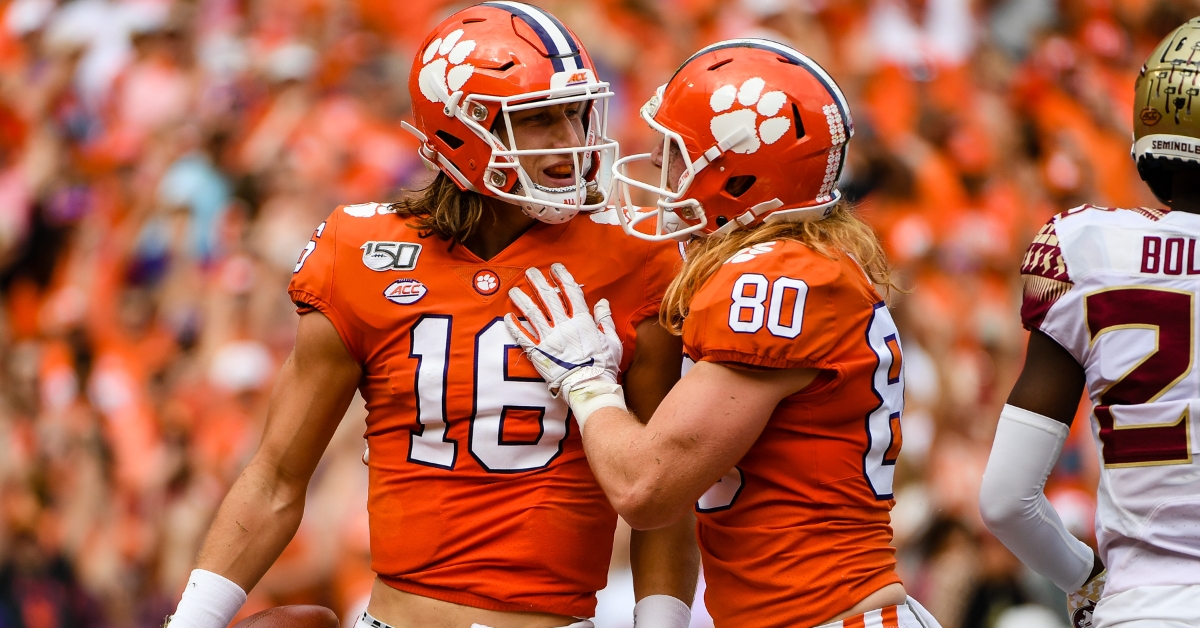 CLEMSON – The Clemson offense wasn’t at its best against North Carolina and coaches and players used the open date to do a lot of self-scouting and a little soul searching. The result was a more aggressive mindset, and if it means a turnover here and there, so be it.

Expect the aggressiveness to continue, even if it rains.

"Well we're going to be aggressive," co-offensive coordinator Tony Elliott said. "We know that some teams are going to sit back and play some coverage, so we've got to do a good job of running the ball and then we've got to force the ball down the field. Just want to be a little bit smarter in some situations. Just try not to press, and that's not just Trevor (Lawrence) but that's everybody."

Lawrence threw two interceptions at Louisville, the last one at the end of the first quarter and was 9-for-9 in a perfect second quarter. His last throw was a laser to Justyn Ross in the back of the end zone for a touchdown – Ross went high to catch the ball at the goal post – showing that Lawrence trusts his receivers and his arm and will continue to take chances.

"I think Trevor got a minus and plus there on that touchdown right before half," Jeff Scott, the Tigers other co-offensive coordinator, said. "It’s really just understanding the situation of when to take chances. Trevor had four poor decisions in the game, two of them were the interceptions.

"It’s pretty appetizing, some of those guys we have downfield, and he’s wanting to throw it up to No. 5 (Tee Higgins) or No. 8 (Ross)," Scott said.

Lawrence sounded a lot like Deshaun Watson when he described the throw to Ross.

"I mean, I feel like I put in a spot where it was either he was going to get it or no one was but maybe if it got tipped or something crazy it could have been bad,” Lawrence said. “Looking back on it, in that situation with 17 seconds and we had one timeout left, probably would have been smarter just to check it down or throw it away quick so we can run another play and then timeout and either score or kick a field goal, but that was just kind of instincts kicking in trying to make a play.

"I saw Ross originally and he was covered and then when I rolled out, he kind of went back across the end zone and I saw him, when I looked at him he waved his hand so we were on the same page."

In other words, expect Lawrence and the Clemson offense to keep firing.

"That's somewhere where if I make a mistake I don’t let that affect how I play from then on," Lawrence said. "I just want to play the same way and when I'm making a bad play or just a dumb throw, it's just moving on from that and just keep playing the same way.

"I don't ever want to take away my ability and pushing the ball downfield so I was happy with how I didn't really let those affect me and kind of just kept going and kept firing."