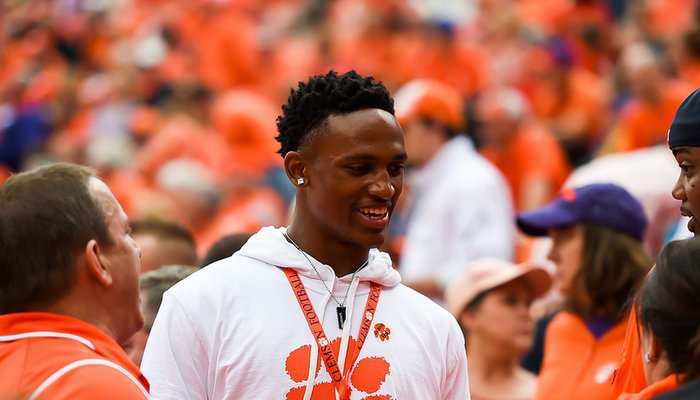 Overton and Cornell Powell (R) will be reunited at Clemson

Diondre Overton will walk on Clemson’s campus early next month ready to compete for a spot, and he says he’s not afraid of a little hard work.

The 6-5, 200-pound 4-star wide receiver out of Greensboro (NC) Page committed to Clemson in early January and quickly became one of the prizes of a 2016 recruiting class that included good friend and fellow receiver Cornell Powell and Florida receiver, T.J. Chase.

Overton will enroll for classes during Clemson’s second summer session, and he’s already anticipating walking onto campus and getting started on his Clemson career.

He also wants to get a little time with quarterback Deshaun Watson.

“After I signed, it was pretty much a grind after that. We've been doing our workouts, me and a lot of my teammates. We've been coming together and working, trying to get stronger and faster and get ready for the next level,” Overton told TigerNet this past weekend. “I want to get to know the campus and get a feeling for the classes. I also want to see where I fit in with the team and get ready for fall camp. I want to get a feel for Deshaun, too. He's a great quarterback and if I can get with him and work out it will be a great thing for me.”

Overton realizes the Tigers have a bevy of talented receivers on campus, but that doesn’t deter him from wanting to play this season, and he already has a plan a place. 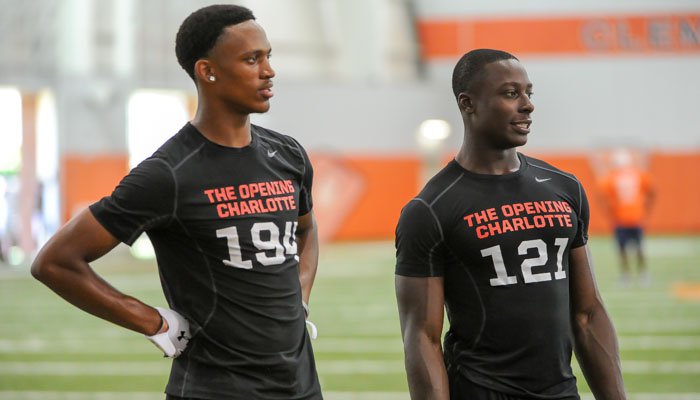 Overton and Cornell Powell (R) will be reunited at Clemson"

“Just go in and grind. I have to look at it like every spot is open and it's an open opportunity,” Overton said. “You just have to be aware of what your opportunities are and you have to be ready to go work for that success.”

Overton will likely compete at the “9-man” receiver spot that has been the starring spot for NFL receivers like Nuk Hopkins, Sammy Watkins, Martavis Bryant and Charone Peake, with Mike Williams reclaiming the starting spot this spring after missing last season.

“I am definitely looking forward to competing at that spot,” he said. “There's not many that are playing that spot right now. I know Mike Williams is back, but even though Mike is back and starts I know I can learn from him and get help from him. I hope I can do enough to earn a little playing time.”

Overton grew up with Powell – the two went to elementary school together – but were split apart when Overton moved to Greensboro. The two dynamic receivers were reunited on the recruiting trail and will share a suite this summer and fall.

However, that’s just one of the reasons he can’t wait to get on campus.

“I am looking forward to just getting there and getting on the team and being a Clemson Tiger,” Overton said. “It's amazing to me. I am just happy to be a Clemson Tiger. I will be rooming with Cornell Powell. It's great because me and Cornell grew up together. We would never have expected to wind up at the same college, so I am just happy to wind up somewhere as special as Clemson with someone like Cornell.

“He is just a dog. He is relentless and he is just a special player that knows how to go get the ball, and he is a great person overall. I want to do whatever I can to get out there. They tell me to study the plays and keep lifting and working out.”