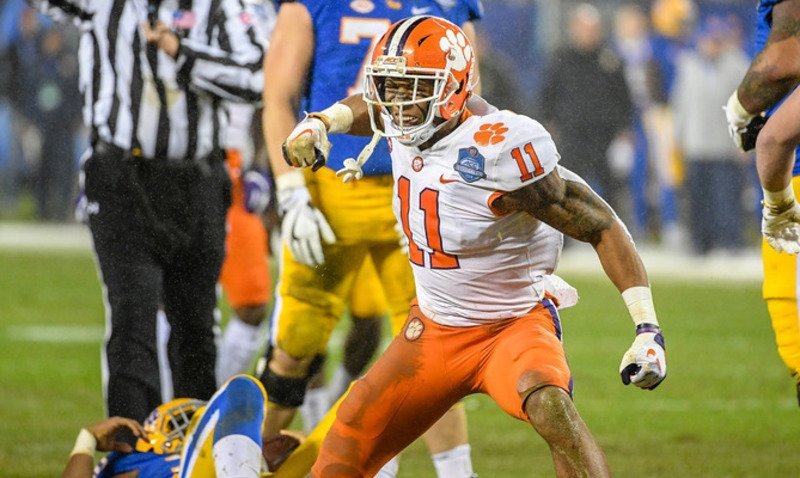 Clemson has been ranked in the top-four of Playoff rankings wire-to-wire for four-straight seasons.

The final College Football Playoff rankings are in - and Clemson is returning to the Lone Star State.

Clemson will look to extend its series streak to three wins over Notre Dame, with the most recent contest coming at home in the pouring rain with a 24-22 Tigers win in 2015. Clemson opened as an 11.5-point favorite for the game.

"We're just excited to be in the playoffs," Clemson coach Dabo Swinney said on ESPN after the rankings release. "This is what we worked for all year long. To have an opportunity to get together (today) with all our team and all our families. This is a big deal. We're ready to go to Dallas. I've never been to the Cotton Bowl so I'm really looking forward to it.

"We've had a couple common opponents (with Notre Dame) and gotten a chance to study them a little bit getting ready for Pitt. What a year Notre Dame has had. I think coach (Brian) Kelly is a coach of the year. It's amazing what they've done with the schedule they've played. To go on the road to some of the venues they've played at. Congratulations to them. We're looking forward to a great matchup."

Coming off of a first of four outright ACC titles in a row, Clemson is returning to the Playoff for a fourth-straight season. Georgia (11-2) and Ohio State (12-1) were on the outside-looking in for the CFP bubble.

Going into the rankings, ESPN’s Playoff Predictor had a solid top-three projection of Alabama, Clemson and Notre Dame (all over 98 percent) with the Crimson Tide favored to win it all (43 to Clemson’s 37 percent), while Ohio State (71) was given the edge over the committee’s previous No. 5 Oklahoma going in - Georgia an outside shot with five percent after its close loss to Alabama Saturday. Fellow ESPN metric FiveThirtyEight gave higher odds that 12-0 Notre Dame would be left out (61 percent) with Oklahoma (72) and Ohio State (66) in spots three and four and Georgia given an under one percent shot.

Clemson will carry a streak of 24-straight weeks of being in the top-4 of the CFP rankings into the 2019 season. Only Alabama has made more appearances in that tier overall (27).

The National Championship will be held in Santa Clara on Jan. 7 (8 p.m. ET).

Both CFP semifinals have opened with double-digit lines according to Westgate:

Only 2 previous CFP games have had double-digit lines and Alabama covered both:
-10 vs Michigan St. in 2015 semis
-13 vs Washington in 2016 semis