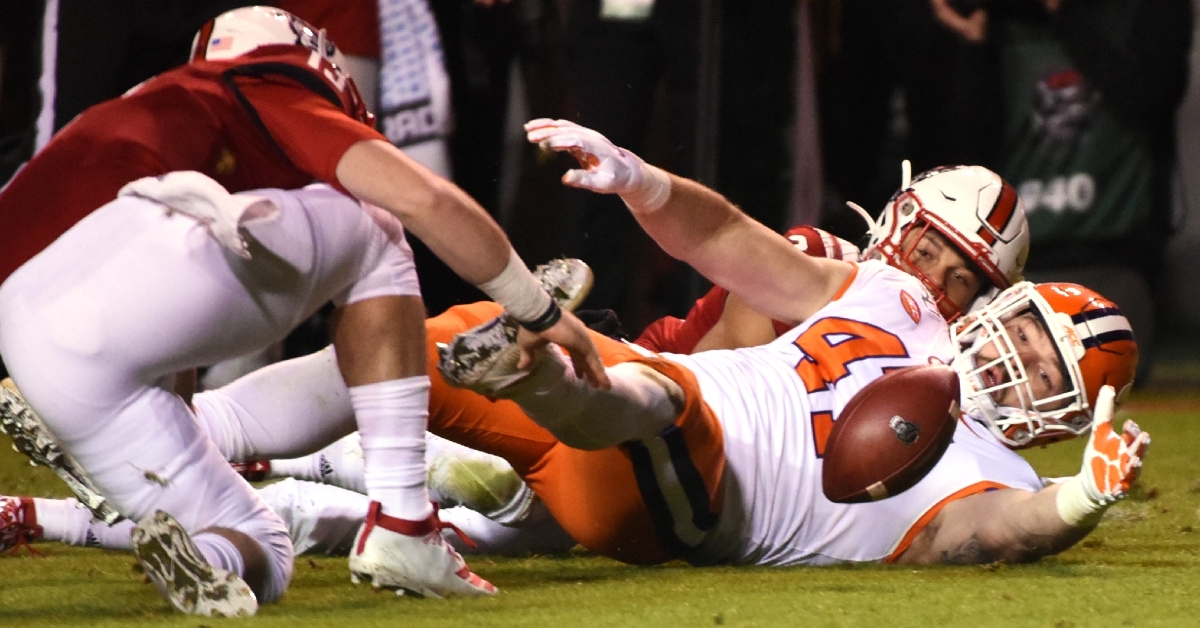 CLEMSON – If James Skalski could step back in time, he would take a moment to practice a few kicks into the netting. If he has another chance to kick, he will make sure he goes through a warm-up routine.

The junior linebacker played soccer and kicked in high school and kicked off for the Tigers in a game a few years ago. On a night when offensive lineman John Simpson scored a touchdown, Skalski was allowed the chance to kick the extra point after the Tigers’ last touchdown of the night. Skalski rushed out onto the field to make the kick, and the ball sailed wide left of the uprights.

“I didn't get to warm up. So that is my excuse. We had planned it last week. We had joked around in practice and I had made a couple of PAT's,” Skalski said Monday. “It was going to be last week. But they fumbled it, or botched a punt, and we were about to score with 30 seconds left and B.T. Potter comes over to me and he says, 'Do you want it?'

“I didn't even think about it. So, I sprinted over to the offensive huddle and as soon as they broke, I said, 'Coach Swinney, let me get the PAT.' And he said, 'You got it.' But no I really didn't warm up. I didn't kick one. I will kick one for sure next time. If there is a next time. I might have ruined my chance.”

The PAT wasn’t Skalski’s biggest play of the night – he forced a first quarter fumble that led to a Clemson touchdown.

“It was a blitz. I wish I could tell you that I read it that fast. That would be pretty impressive,” Skalski said. “That was a great call by Coach V (defensive coordinator Brent Venables). The quarterback freaked out a little bit and the exchange was already kind of fumbled, so I knocked it out for sure. And then Chad was there. I wish he would have scored.”

Clemson’s defense held NC State to under 300 yards, the 10th consecutive game this season that the Tigers have held the Tigers under that mark.

“I didn't even realize that was a thing going on until the ninth game,” Skalski said., “I didn't think about it during this game, but Daniel Boyd came over to me on the sideline and told me they were at 284 or something like that. And then they fumbled the punt. So we kept them under again. But I didn't realize that until a few weeks ago. That is a pretty cool stat.

“Just preparation. It all shows on game day. You win the game Sunday through Friday. We have been doing a good job of preparing and being ready for whatever they throw at us and executing the game plan. It's showing up on Saturday.”