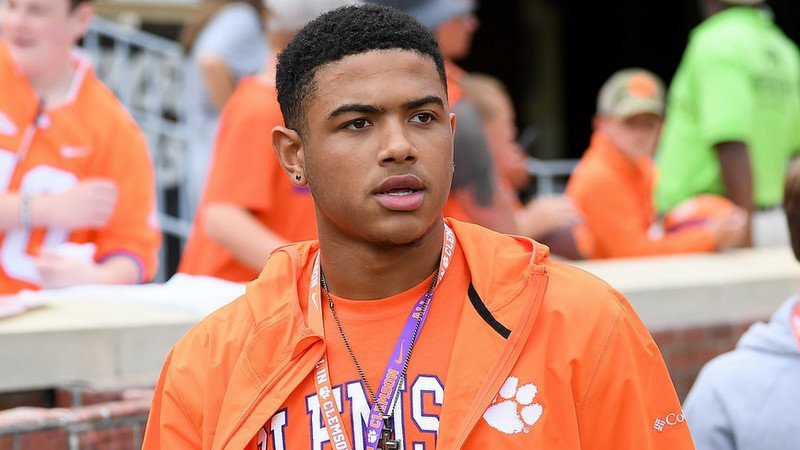 Constantin will be on Team Overdrive at The Opening

The Opening Finals will kick off this weekend in a new location, and one of Clemson’s top commits will be on hand for the festivities.

In the past, The Opening has been held in Beaverton, Oregon, at Nike’s world headquarters. This year, the event is moving to another world headquarters – that of the Dallas Cowboys in Frisco, Texas, at The Star. Over 100 of the nation’s top prospects will flock to Texas for a multi-day camp/competition that will pit the best versus the best in the 2019 recruiting class.

Clemson will have two commits on hand in linebacker Bryton Constantin and receiver Frank Ladson, and Constantin told TigerNet he’s ready to prove he belongs with the nation’s elite.

An Opening invite is something Constantin wanted to receive.

“I got invited after the regionals camp in Dallas. I put on a good performance there, but I was kind of iffy about whether I was going to get invited or not,” he said. “I knew I did my job at the camp. Once they told me I was going to get invited, it was like a dream come true. It's something I've been working toward ever since I was a kid. Ever since I saw the camp, I wanted to go to it because I knew it was going to be the best camp in the country. I just wanted to put myself out there and see if I could make it and I did.”

Constantin is one of Clemson’s best recruiters, and if defensive coordinator Brent Venables wants him to talk to a prospect at The Opening he will. If not he’s all business.

“I don't really go out there and try to get everybody that I see,” he said. “If there is someone that the coaches are looking at then I will go talk to them, but I'm definitely strict about it. I'm all business. If you want to come, then come. It's the best opportunity for you. I put all of the statistics out there about Clemson - academics and football. If I talk to you about coming to Clemson, it's going to be strictly business and I'll try to get you to come.”