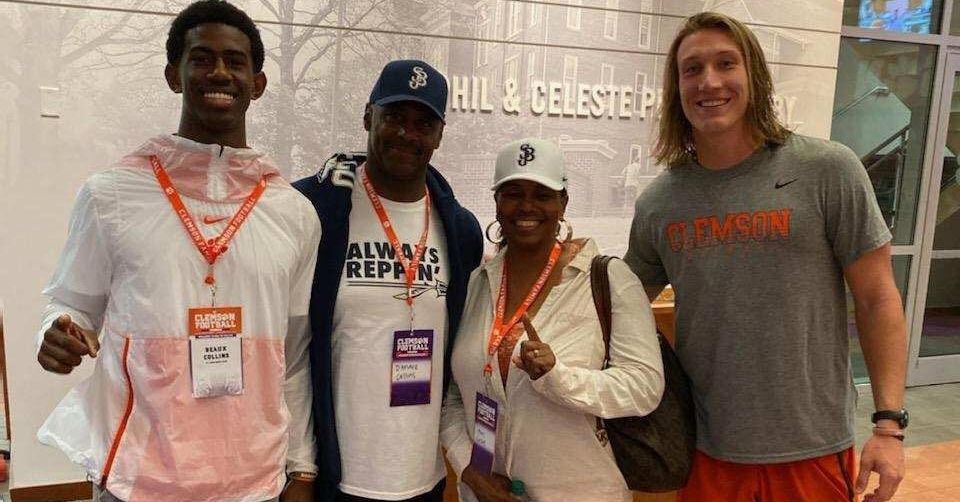 Beaux Collins has a plan and he’s sticking to it, even though the decision is bittersweet.

The California Interscholastic Federation (CIF) announced Tuesday that all fall sports would be moving back to December/January. For a player like Collins, the 2021 Clemson wide receiver commit out of Bellflower (CA) St. John Bosco, a decision had to be made. Stay and play a final season with his teammates, or follow his original plan to enroll at Clemson in January.

Collins heard rumors that the CIF was close to making that kind of decision and wanted to be ready when the news broke.

“I kind of believed it, but at the same time I hoped it wouldn't be true,” Collins said. “But I had talked it over with my parents and we were preparing that if that was the case that I would still go to Clemson early. It was a pretty big decision. But I wanted to stay on track to getting to college early and adapting to the academics and things like that played a huge role in it. It was already set in my mind that I was going to continue to be an early enrollee.”

Collins said his Bosco teammates are, like him, in shock that a fall season has fallen by the wayside.

A senior season means accolades and recognition on Senior Night and the chance to take the field with your brothers one last time.

“It does hurt a little bit. It hurts because of all of the work I have put in to get to this point,” Collins said. “And then not being to take the field with my Bosco brothers is kind of hard. But I am ready for that next chapter in my life as well.”

Collins is currently listed as a 4-star by 247Sports, ranked as the No. 68 player in the nation in the 247 Composite rankings. Collins has also been named to the MaxPreps 2020 Preseason High School All-American team.