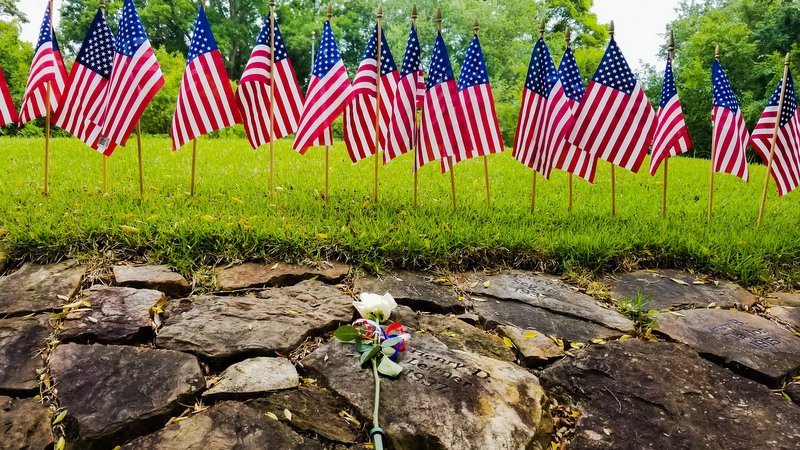 Otis Morgan's name at the Scroll of Honor

They lived and served and died so that we might live and serve.

Those words echoed in my thoughts late Sunday afternoon as I walked through the Clemson Corps Scroll of Honor, reading the names and seeing the flags of the 491 Clemson alumni that have been identified who were killed from WWI through the current wars in Afghanistan and Iraq.

They lived and served and died so that we might live and serve.

Nikki and I were driving home from Durham and the ACC Tournament Sunday afternoon when my phone rang, and on the other end of the line was Colonel Sandy Edge. Colonel Edge is, to me, a Clemson legend. All you have to know about his character and what he’s meant to Clemson is that he is an honorary member of the Class of 1939. That class is unique in the history of our school – perhaps an article for another day – in that 26 members of that class lost their lives in World War II. The survivors of that class went on to build a modern America, and they gave selflessly and tirelessly to their beloved school. Their actions will echo here for a long, long time.

I was speaking with Colonel Edge about the Scroll of Honor, and our conversation steered toward retired U.S. Army Col. Ben Skardon, a 100-year-old survivor of the Bataan Death March and revered alumnus and professor emeritus of Clemson University.

Skardon led his troops through some of the fiercest and bloodiest fighting of the war, earning two Silver Stars and two Bronze Stars for valor in combat, as well as a Purple Heart during the first four months of the war. 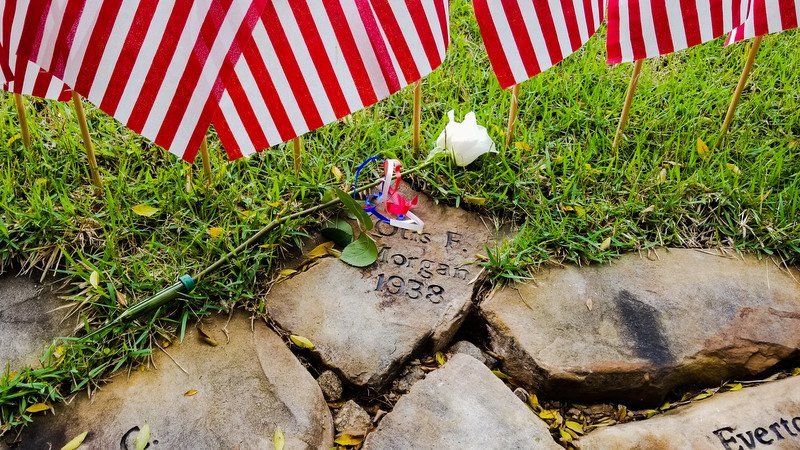 Otis Morgan's name at the Scroll of Honor "

On April 9, 1942, he became a prisoner of war with tens of thousands of his brothers-in-arms when American troops in that area of operation were forced to surrender to the Japanese. Skardon and his fellow POWs were marched 80 miles north by their captors in one of the most notorious war crimes in history: The Bataan Death March.

Colonel Edge reminded of two names – names precious to Colonel Skardon – that have their names etched on stones in the Scroll of Honor.

We arrived home in Pendleton, unloaded a few bags and I grabbed my son Koty and we drove out to Clemson to visit the Scroll. The flags have been placed on the scroll, one for each name, and a few flowers have been placed at the names of loved ones. A proud dad moment occurred when Koty, of his own volition, began to look up the names of the fallen. He would recite to me the year they graduated Clemson, their service record and how they died.

There were flowers on two of the stones that caused tears to well up in my eyes. One is on the name of Otis Morgan (Class of 38) and the other belongs to Henry Leitner (Class of 37). Those two Clemson graduates were with Skardon on the infamous Bataan Death March.

Skardon recalls that he noticed the Japanese soldiers taking the rings and watches of the American soldiers, and he took great care to hide his cherished Clemson ring. Skardon says he never took out the ring to look at it or admire it.

Then he got sick, and I will let him tell the story in his own words: 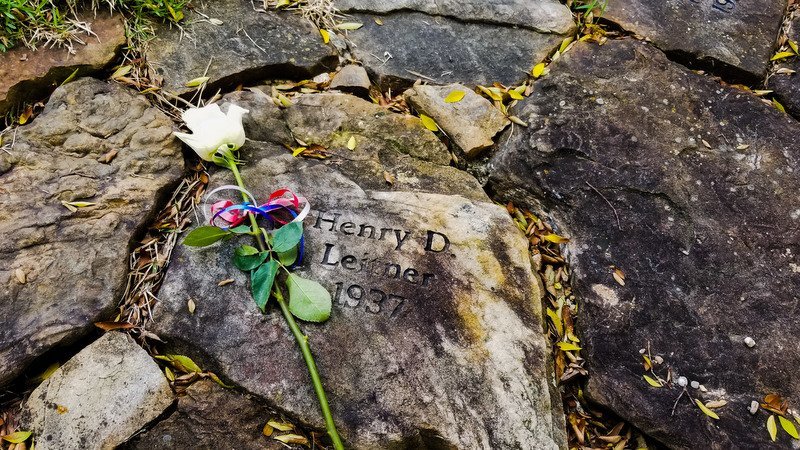 Henry Leitner's name at the Scroll of Honor

As I sat on one of the rocks near the Scroll and looked over at Otis Morgan’s name, the words “My debt to Henry Leitner and Otis Morgan is heavy” resonated with me. A small breeze, uncommon on this quiet May evening, stirred the flags near me, and I realized how fortunate I was to be able to sit there, on that beautiful campus and in the shadow of Memorial Stadium.

At some point, both Morgan and Leitner walked off the Clemson campus for the last time, headed to some far-flung outpost to do their duty. When they left the United States wasn’t at war, but everyone knew that war was on the horizon. I am sure that both of those young graduates – soldiers and men that they were – wondered when they would see their beloved campus again. 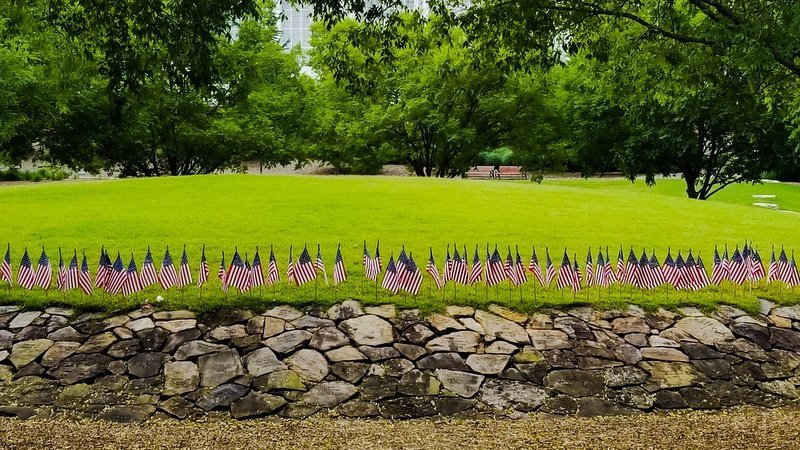 For every flag there is a sacrifice

They never came home. Did they, during their times of pain and anguish, wonder if they would ever stroll under the majestic oaks around campus? Did they sit at night and long for the days of marching on Bowman Field, a simpler time and simpler life? Memorial Stadium now hears the throaty roar of an orange-clad crowd on fall afternoons, while across the street there is a remembrance of those who gave their all so we could enjoy those days.

“We use that location to talk about a special form of service,” Edge told me. “To see it physically connected with Memorial Stadium is a very visual remembrance of the supreme sacrifice. That is the high cost of freedom, and that is why we remember that.”

He then said, “They lived and served and died so that we might live and serve.”

Major Richard Winters, who served with the 506th PIR during World War II, said he was once asked by a grandchild if he was a hero during the war. His eyes filled with tears and he said, “No, but I served in a company of heroes.”

As I walked around the Scroll of Honor, I walked in the company of heroes. They lived and served and died so that we might live and serve. Our debt to them is heavy - it cannot be repaid.