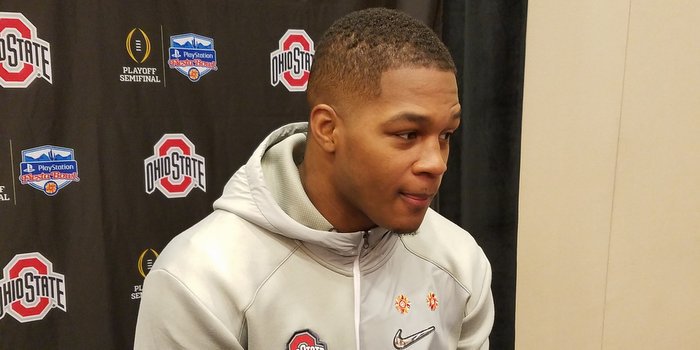 PARADISE VALLEY, AZ – The Clemson and Ohio St. football teams have been very complimentary of each other heading into this weekend’s Fiesta Bowl showdown, but the proverbial first bulletin board material shots were fired Tuesday and Buckeye head coach Urban Meyer took advantage.

"He’s pretty good," Johnson said. "We’ve definitely faced better quarterbacks than him. I feel like if we can limit him on the ground, with his running, we’ll be pretty good. I don’t think he’s a very accurate passer. I’m not taking anything away from him. I think he’s a real good player but I feel like his strong point is just on his legs."

After he had given that answer, he went in front of the TV cameras and repeated his assessment.

"Not taking anything away from him, I don't think he's a bad player, he's definitely a good player," Johnson said. "He just doesn't stand out as one of the best quarterbacks we've played this year as a defense.”

Meyer used the quotes as motivation for his team before Tuesday’s practice, something that Ohio St. players and coaches were still talking about Wednesday morning. 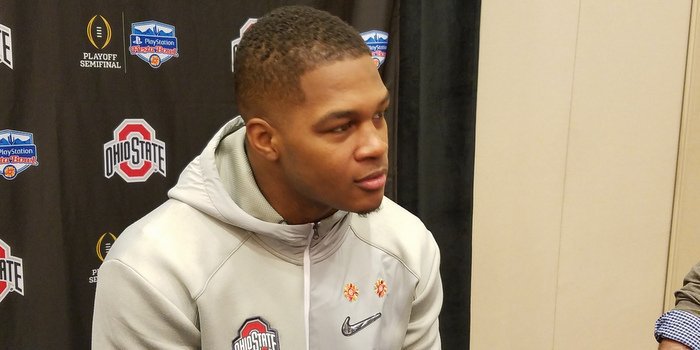 Defensive coordinator Luke Fickell said Meyer does a good job of making sure his team has a little extra motivation at each practice, but it makes it easier when the other team provides a little help.

“They're 18- to 22-year-olds and motivation is the biggest thing that you can do with 18- to 22-year-olds. We have an ownership we talked about in our program, but the reality is we're going to practice 15 times for this game,” Fickell said. “And all of a sudden you keep counting that down and counting it down, another practice, another practice, every day there has to be a little something.

Defensive back Chris Worley said Meyer was fired up at practice.

“Coach Meyer, he's a fiery guy. And once it gets closer and closer to game time, his message goes from a little storm to an earthquake as soon as we get closer to the game,” Worley said. “If you guys could hear him, he was fired up. And he got us ready to practice. So that's who Coach Meyer is. He's a fiery guy.”

Worley said he hopes the Buckeyes will feed off of Johnson’s comments and that he considers them to be a challenge.

“The stakes of the game should be enough, but when you get bulletin board material, you take that and you just feed off of it. It's mostly the competitive spirit of us all,” he said. “Guys want to win and have a burning desire to win. If you just give us extra fuel, it just makes it even better.

“That's what it was. It was a challenge. We can't harp on that or disagree with him. That was his opinion. You can't get mad for someone's opinion, but at the end of the day, if we don't take what he said and use it and play even better, it doesn't really mean anything. We don't feel that way but at the same time that was his opinion. They have a great quarterback. They have a great team and we feel like we have the same thing so may the best team win on Saturday.”

Defensive end Tyquan Lewis offered a differing opinion, saying he thinks the comments won’t have a bearing on the outcome of the game.

“This is a big-time, primetime game and bulletin board material matters,” Lewis said. “The people back home read this and they love supporting us. I don't care - things like that don't really affect us. We know we have a great leader in J.T. and he's a great quarterback. People can say what they want to about him. He is a great quarterback in our eyes because he is our quarterback.”

Earlier in the season, Oklahoma backup quarterback Austin Kendall told the media that the Buckeyes had a basic defense and that Sooner quarterback Baker Mayfield would “light ’em up.” Following the game, a resounding Buckeye win, Ohio St. defenders held up a sign that said “basic defense.”

Linebacker Raekwon McMillan said comments like Johnson’s and Kendall’s serve as a reminder of what’s at stake.

“It's a slight reminder. Anytime you walk into our facility you see a bulletin board. It's a quick reminder of what's going on and counting down the days,” McMillan said. “It's a quick reminder of how fast time goes and how fast this game is going to come and go, so you have to be prepared when it comes and not be on the other side. When the white ropes come up in the middle of the stadium at the end of the game, you want to be inside the ropes and not outside.”