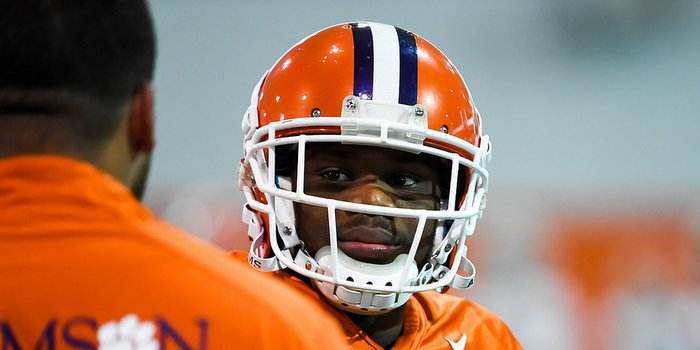 CLEMSON – Artavis Scott might be Clemson’s most underappreciated superstar. And he’s okay with that.

The Florida native and junior is tied with Sammy Watkins as Clemson’s all-time receptions leader.

But when opposing teams talk about the Clemson offense and the receiving group, the attention inevitably turns to players like Mike Williams, Deon Cain and Hunter Renfrow. The media that covers opposing teams? The same thing. The national media that descended on Clemson Monday for Fiesta Bowl Media Day crowded around William’s table while the unassuming Scott alternately read his phone or stopped to answer questions from the media members that wandered by in ones and twos.

The lack of attention? It doesn’t faze Scott in the least.

“I just like to keep my head down and handle my business,” Scott told TigerNet. “I don't need the world to know what I am doing. I don't need all of the attention, and I don't need to be in the limelight. I like the way things are for me. I am having fun doing it, but I like to be me. I don't need the extra stuff that comes with it.”

Scott was thrust into the spotlight last week, graduating in just two-and-a-half years with a degree in communication studies.

Yes, he wants to play in the NFL, but he also made a promise to his mother that he would earn his degree, and he’s smart enough to realize that he now has an education to fall back on when his playing days are done. 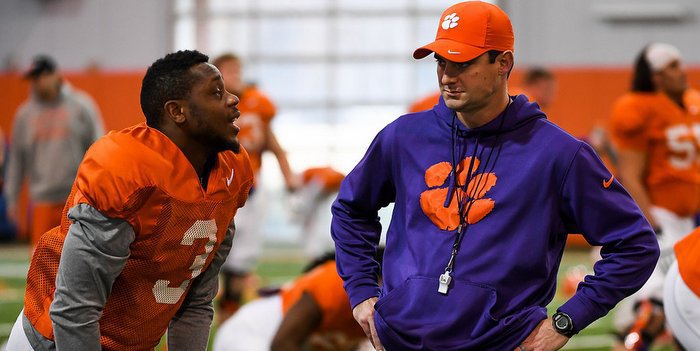 “It's great. Most people don't have this opportunity, and to know that I have that opportunity is encouraging to me,” Scott said of getting his degree. “I just know that I have to keep focused and keep grinding. I know it isn't over, and I know I have to keep grinding. It was big for me and my family. That was one thing we talked about before I came up here. I'm just happy I got it done. I'm blessed.”

What does it mean to get his degree in such a short amount of time?

“It just means that I'm determined. By any means, I'm going to make my situation - whatever it is - I'm going to make it work, no matter if it's with football or not,” Scott said. “I'm just going to do what I have to do to be the person that I know I can be and live up to my full potential.”

He then allowed a small bit of pride to peek through the curtain when he said he realizes what he’s accomplished is uncommon.

“Just knowing that we can do something that most people don't do makes it worth it. Graduating in three years, that's uncommon. Most people don't do that,” Scott said. “Just knowing that if we get this done and tell the story about how we got to where we are and how we did it, that's the biggest accomplishment. Knowing that we have a family. Being the first from our family to graduate is an awesome accomplishment and that's biggest thing that stayed in our head. To see the smile on our parent's face is unreal. it's mental. You have to have the confidence that you can do it. If you don't have the confidence, you can't do it. Just keep the faith and keep chopping away.”

Scott kept chopping away at his studies – just like he has chopped away at Clemson’s record book – and earned his prize when he walked off the stage last week and saw his mother.