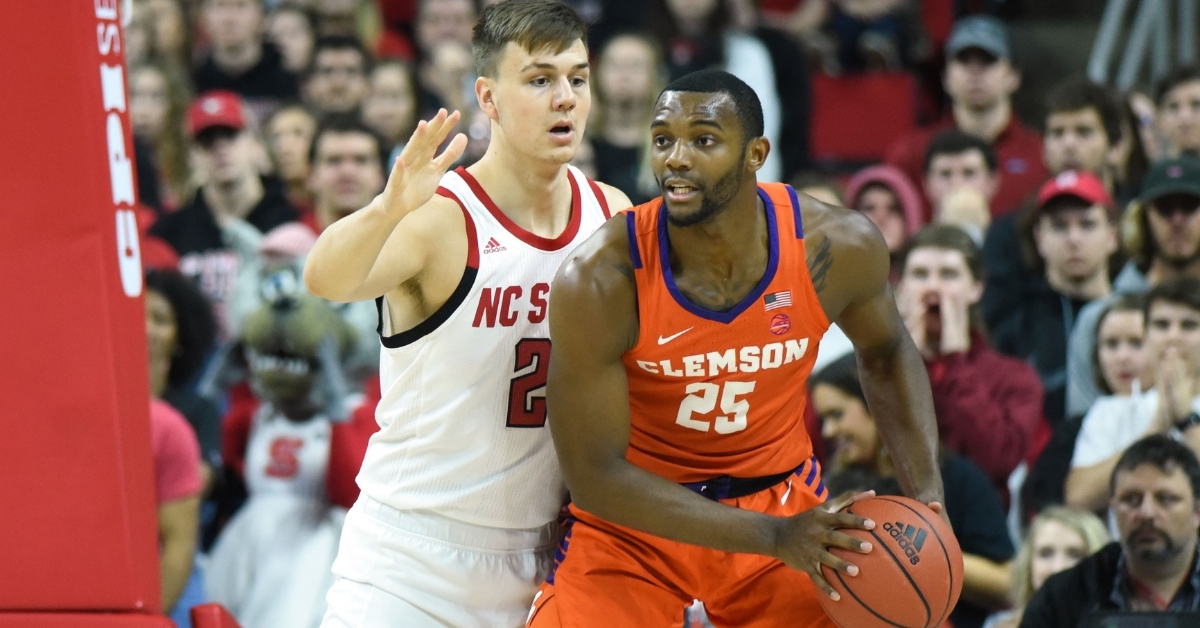 Aamir Simms has put together a nice stretch for the Tigers (Photo: Rob Kinnan / USATODAY)

The Clemson Tigers look to continue their historic run this Saturday as they take on Louisville at the KFC Yum! Center.

The Tigers are winners of four out of their last five ACC matchups and are tied for 8th in the ACC at 4-4 with the defending National Champions, Virginia.

Clemson head coach Brad Brownell’s squad conquered the unthinkable over the past couple weeks with surprising wins over UNC and number three Duke. Mix in their two wins against two other North Carolina schools, NC State and Wake Forest, and the Tigers are now in a position that not many people believed they would be.

But the Cardinals present a new challenge for Clemson, as they also defeated Duke last week and currently sit atop the ACC with a 7-1 record and are the ACC’s highest rank teamed at number six in the AP poll.

The size and physicality of the Cardinals disrupts the offensive game plan for their opponent. Louisville makes each team earn their baskets.

Louisville’s offensive talent contains plenty of high-level talent and players who can flat out score the basketball. Any player has the ability to go off at any moment.

“Offensively, they are very efficient. They’ve got an outstanding scorer in Nwora, who’s a really high-level player,” coach Brownell said. “They’ve got a good mix in post play with Enoch and Williams. They’ve just got a variety of guards that do their job and run their stuff really well.”

The environment at Louisville is always exceptional and there is no doubt it will be hectic on Saturday. The importance of blocking out the noise and sticking to who you are will be put to the test for the Tigers.

Junior Aamir Simms has been playing lights out over the past couple of weeks, particularly against Duke and UNC. But on Saturday, the Tigers will need several other players to step up if they want to pull off another huge upset.

Clemson knows of the opportunity they have on Saturday to upset another highly rated team in the ACC. But this is the reason that you come to play in the conference.

“These are the big-time games that you come to play in the ACC. Playing a top ten team, on the road in an incredible environment. It shouldn’t be hard to get our guys excited to play,” coach Brownell said.

The Tigers have slowly turned around their season and finds themselves with an incredible opportunity to continue that turnaround. The matchup between Clemson and Louisville will tip-off at 2 p.m. and air on ACCNX (FOX Sports South/RSN on TV).