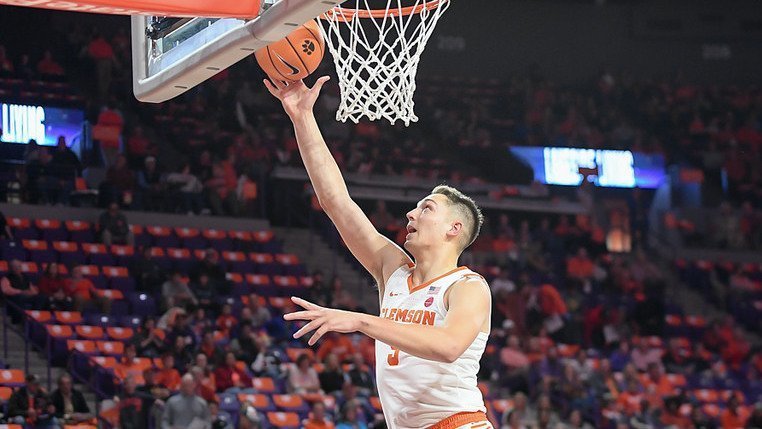 CLEMSON – Bring on the Cardinals.

Two of the ACC’s hottest teams will face off Saturday in Littlejohn Coliseum when Louisville (11-3 overall and 1-0 in the ACC) faces off against No. 25 Clemson (13-1, 2-0). Tipoff is scheduled for 12:06 p.m. and the game will be broadcast on the ACC Network.

Saturday’s game is UofL’s first visit to Littlejohn Coliseum since 1973. The teams played at Bon Secours Wellness Arena in Greenville, S.C. in 2016 while the Tigers’ home arena underwent a $63.5 million renovation. Clemson will look to improve to 3-0 in ACC play for the first time since the 2006-07 season.

Louisville won for the seventh time in its last eight games as the Cardinals beat Pittsburgh 77-51 in their ACC opener on Tuesday. Clemson, ranked 25th in both the AP and USA Today polls, has won nine straight, falling only to Temple 67-60 on Nov. 19. The Tigers opened ACC competition with a 78-62 home victory over NC State on Dec. 30 and won 74-70 at Boston College on Jan. 3 as Donte Grantham led the Tigers with a career-best 23 points and 14 rebounds with five assists.

Louisville has a 5-1 series advantage over Clemson. Louisville won last year’s meeting 92-60, as the Cardinals shot 56.3 percent from the field and held a decisive 45-25 rebounding advantage in Louisville (1-19-17).

“I thought Boston College was a really good win for our team,” head coach Brad Brownell said Friday. “We probably played our best 15 or 16 minutes of the season in the first half of that game. I thought we made a lot of plays down the stretch to win. We had a lot of winning plays, especially on the offensive end. That was a great road win.

“Now we get to play a very talented Louisville team. They are off to a great start, exceptional length in the frontcourt and one of the best shot-blocking teams in the country. Experienced guards. Those guys are used to winning and they playing similarly to how they played under Coach (Rick) Pitino and they are playing really well.”

On the offensive end, Louisville has one of the conference’s best players in Quentin Snider. Snider has averaged a team-high 15.3 points, made 14-of-29 three-pointers (.483) and handed out 31 assists with just seven turnovers over the last eight games. He leads the ACC and is 16th in the nation in assists-turnover ratio (3.24) and has scored a season-high 19 points in three of the last five games.

"He is a very good guard. He is a guy that does a little bit of everything for them,” Brownell said. “He can certainly beat you off the bounce and get in the lane. He plays the game with good poise and understands their system very well. He can make threes. And he is experienced. He is a guy that has been through the wars in the league and we're all lucky when we have an older player like that. They do a good job of getting the ball in his hands."

Clemson, which starts five players averaging in double figures in scoring, is 30th in the nation in field goal percentage (.492) and 22nd in scoring defense (63.1). Senior forward Donte Graham, who passed 1,000 career points on Dec. 22, is one of four players in the nation who averages at least 14.5 points, 6.0 rebounds and 2.0 assists per game while shooting at least 60 percent from the field. He has hit 153 career three-pointers and is one of six players in Clemson history to amass at least 1,000 points, 500 rebounds, and 200 assists in a career.