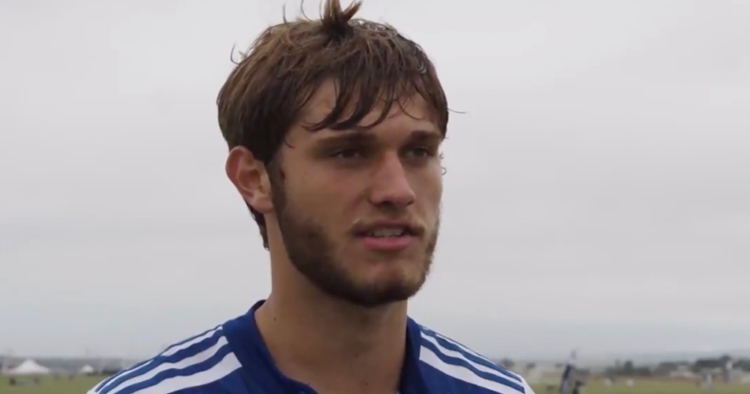 CLEMSON – Dabo Swinney likes Tanner Tessmann so much he offered the soccer player a football scholarship even though the recruit didn’t play a down of high school football.

Tessmann is a 6-3, 200-pounder who has been at the FC Dallas Developmental Academy since he was in eighth grade. He also calls Swinney “Uncle Bo” because his dad, P.J. Tessman, is a lifelong friend of Swinneys who not only lives in Swinney’s old house in Clemson, but he also runs the All In Foundation.

Tessmann will play both sports at Clemson. In high school, he was a central midfielder who was ranked as the 9th-best player at that position and the 23rd best player overall by Top Drawer Soccer. For the football team, Tessmann will be a kicker.

“Noonan is somewhere, having a party somewhere right now because he just signed an unbelievably talented soccer player,” Swinney said Wednesday. “But I’ve had the inside track on this one for a long time. My best friend is PJ Tessmann, and we’re basically brothers-in-laws. We’re aunts and uncles to the same kids and his wife’s brother married Kat’s sister, that how it works in Alabama we’re all connected somehow. PJ has been my best friend. We grew up together and he has just an amazing family and so I’ve kind of been the pseudo uncle to his two kids - Tanner, and his daughter Ashley literally their whole lives and kind of been Uncle Bo and kind of like Godfather if you will.

Swinney said he had the inside track on Tessmann as a football prospect since he's been in a soccer academy since eighth grade.

“It was a really difficult thing but, you know, it was a very tough thing for PJ and his mom, PJ’s wife Kelly, because FC Dallas came recruiting him and his dream was to play soccer professionally and maybe in Europe and all that,” Swinney said. “And so, FC Dallas literally came and recruited him, came to their house and it was just a very challenging thing because he was going to be going off in the eighth grade to this place developing.

“And so he’s been living in Dallas, literally since the eighth grade. And it’s amazing. So, I’m the only person on the planet that knew because he could bomb it 45 to 50 yards in the eighth grade. No one really knew because he has not played football. But he comes around and gets out there and plays around and kicks the ball and this and that. I mean it’s been amazing to watch him develop. Think BT Potter but much taller. But that type of power, kicking the ball out of the end zone and literally has the range from 60-something yards. I mean it’s just incredible. He can punt, can do anything.”,

“He’ll be a guy that that will come in and obviously go play both, and it’s been a while since I’ve had [a guy play both]. Mark Buchholz was a guy that played both and did a pretty good job for us. Mark Buchholz played soccer and played football as well as the last couple of years but Tanner will be an impactful guy, as he goes through his Clemson journey. So hopefully, he’ll have an opportunity to win a national championship in two sports in soccer and football before he gets out of here so we’re super excited about Tanner Tessmann.”

“He came to camp with us last year and coach said to take him over there to the stadium. Just give him a little bit and see what he can do with this,” Pearman said. “So I said all right, here we go. And we take the kid and we start close, obviously, we want to make the three-foot putt before we back him up and test out the driver. So we get him out there and he starts banging this ball through there. We back him up, and we get about 45 yards and he misses two of them right off but he hits them good. And I’m like wow, so next thing I know I kind of turned my back to him, and he’s got it set up and he hits it left-footed.

“I’ve seen him kicking left-footed through there and I’ve seen him kick it right foot through there so I look at coach I was like wow, I said I don’t know if I’ve ever seen a kid to have that much type talent and really didn’t know what he was doing at the time and he just worked his way through there. So we’re excited to have him and he’ll be a great addition to our university.”