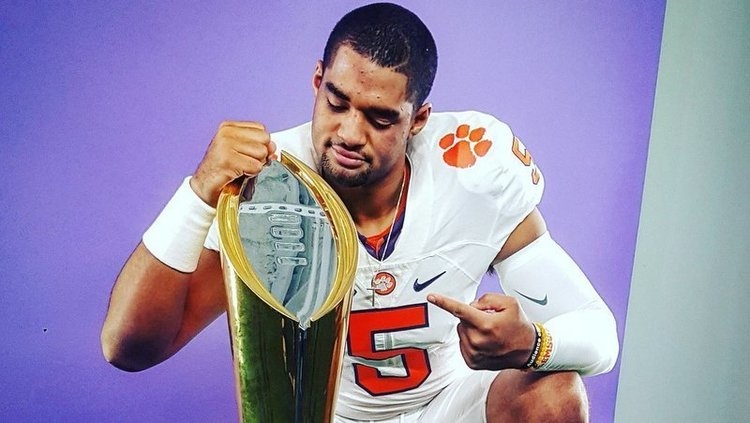 DJ Uiagalelei will enroll in Clemson in January.

D.J. Uiagalelei proved he had that kind of mettle last weekend.

The 5-star 2020 Clemson commit out of Bellflower (CA) St. John Bosco passed for 444 yards and five touchdowns to rally the Braves (12-1) to a 39-34 victory over Mater Dei in the Southern Section Division 1 championship game at Cerritos College. The Braves had lost to the Monarchs in the last two championship games and were beaten 38-24 by Mater Dei in a Trinity League game on Oct. 25.

Down 28-5 in the second quarter and 28-12 at halftime, the Braves forced standout quarterback and Alabama commit Bryce Young (405 yards passing, five touchdowns, three interceptions) to make mistakes and rode that momentum to the win.

“Our mindset was just to go in and win the game. To get the W,” Uiagalelei told TigerNet. “That was our team mindset. We were going to do what we had to do, no matter what it took, to win the ballgame.”

Uiagalelei said that he didn’t panic with his team down 23 points.

“There was a lot of time left. We knew that. We all knew we could beat them and we knew they were a good team,” he said. “We thought we were the better team. We just had to execute. Everybody out there had to go out and do their job and go out and just compete and that is what we did in the second half. Everybody did their job and we came out just competed and battled.”

He said his team never doubted they were going to win the game.

Once the game was over, Uiagalelei found his mother and let all of the emotions of a stellar high school career out in one long hug.

Many made the game out to be Uiagalelei vs. Young, but Uiagalelei said that is disrespecting his teammates and rest of the talent that took the field that night.

“It was way more than just me and Bryce. I think a lot of that was because I am going to Clemson and he is going to Alabama,” he said. “There are by far way more players than us. There were probably 50 players on the field that have D1 offers for a scholarship. You don't get that anywhere else. I know him pretty well. We work out together during the offseason at the same training facility. I have known him for a long time, since the 7th or 8th grade. I am cool with him.”

Next up is a matchup against Concord De La Salle in the CIF State Championship game at Cerritos College.

“They are a good team with a great coaching staff,” Uiagalelei said. “They have a great legacy and tradition about them. They had a movie made about them. So we know it will be a great ballgame. It will be a big test for us.”

Once the game is over and the holidays are in the books, Uiagalelei will pack up and head to South Carolina for a January enrollment at Clemson.

“It still hasn't sunk in yet. I am still focused on our season and getting school out of the way, so it hasn't really set in yet,” he said. “I haven't really had a chance to think about it yet. But I know it’s coming.” 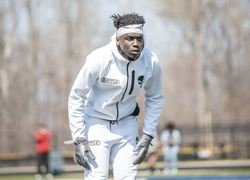