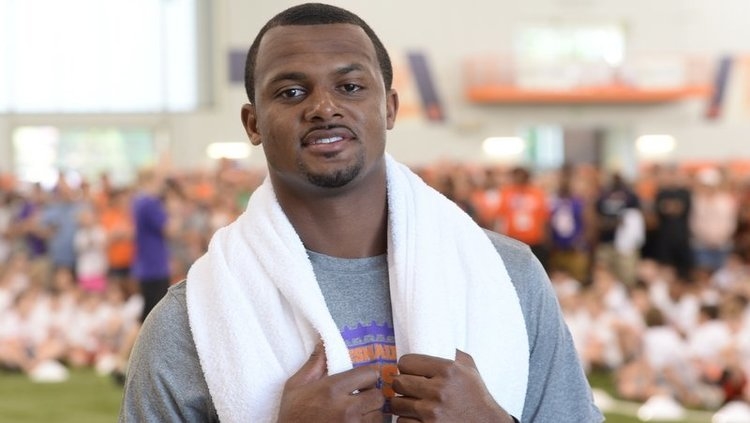 Deshaun Watson left his mark on the Clemson record books in three years. 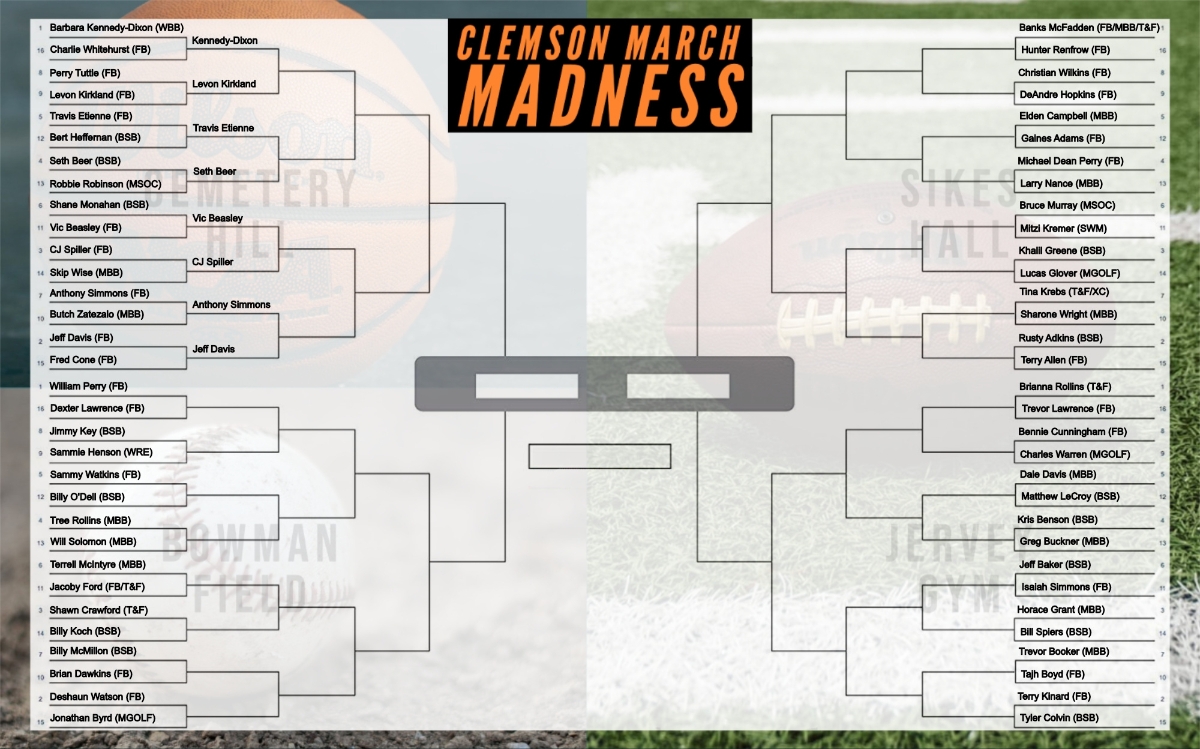 The Bowman Field bracket here is stacked with national champions -- nine team and/or individual spots atop the nation -- as well as multiple All-American honors and a bunch of record-holders.

This exercise, which is measuring their top accomplishments while a collegiate athlete, is meant to be fun and a celebration of Clemson athletes across the decades. Debate for your favorites in the bracket (or talk up the Tigers not in the field of 64) and examine the profiles for your pick of this elite group of Tigers. Without further ado, vote below (10 a.m. 3/25 deadline)!

* Two-time All-American, including first-team honors as a junior after totaling 44 tackles, 7.5 for loss, with three pass breakups, 1.5 sacks, a blocked kick and a rushing touchdown.

* Freshman All-American after setting a school record for his class with seven sacks.

* One of three Clemson D-linemen picked in the 2019 NFL draft first round, going 17th overall to the New York Giants.

* Before a third-round selection as a pitcher (Toronto), Key totaled 20 wins as a Tiger.

* Scored in double-figures in every game of the 1999-2000 season and 52-straight overall for a Clemson record.

* Threw a no-hitter versus South Carolina in 1953. Ranks second-best in school history in shutouts (5) and third-best in complete games (19).

* Three-time NCAA national champion with top-place finishes in the indoor (1998 and 2000) and outdoor 200-meter dash (2000). Second in Clemson track history with 11 ACC championships.

* Second-highest MLB draft pick in Clemson history at No. 4 overall to the Toronto Blue Jays in 1996 (Kris Benson was No. 1 in the same season for Tigers).

* Tied for the most career punt return TDs (2) and most ways to account for a touchdown in a season (5, run, pass, reception, punt return and kick return). Had the second-longest punt return in Clemson history (92; other was Richie Luzzi in 1968, 108 yards).

* Second-team All-ACC honoree in football for 2009 with 56 catches for 779 yards and six touchdowns.

* A two-time All-ACC honoree, his career .381 average is fourth-best in school history.

* Left Clemson third in ACC history in total offense (12,094) and first in Clemson history in career completion percentage (.674), passing efficiency (157.5) and total offense per game (318.3) over just three seasons (including the most total offensive yards in a Clemson game with 588 vs. Pittsburgh in 2016).