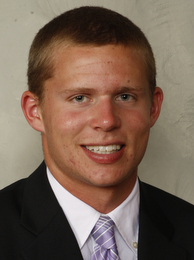 Wide Receiver
B I O
Had 127 receptions for 1,097 yards and three touchdowns, 24 yards and one touchdown on 10 carries and 69 punt returns for 476 yards and one touchdown in 1,910 snaps over 53 games (27 starts) in his career ... tied for fourth in school history in games and 10th in punt return yards ... he twice had a reception on the last offensive play of a game to set up a game-winning field goal by Chandler Catanzaro (Wake Forest in 2011 and Louisiana State in 2012).

Before Clemson: Played running back, tailback, quarterback, wide receiver, safety and cornerback in addition to being a kick returner over his four-year career at Dorman High School ... helped his team to a 14-1 record and the state championship game as a senior ... his team was 47-5 in his four years ... had 17 receptions for 329 yards and four touchdowns as a senior ... had 34 carries for 178 yards and 11 touchdowns, giving him 15 total touchdowns, and added seven kickoff returns for 155 yards as a senior ... had 32 tackles, nine pass breakups and three interceptions ... had 30 tackles, four tackles for loss and three interceptions as a junior ... averaged 15.5 yards per catch and had a touchdown on a punt return ... played in the Shrine Bowl ... No. 19 player in South Carolina by SuperPrep ... teammate of Charone Peake at Dorman High School ... Big 16 Back-of-the-Year for the Upstate ... Hometown News Player-of-the-Year ... starter on the Dorman High basketball team ... coached by David Gutshall at Dorman High ... recruited by Jeff Scott.