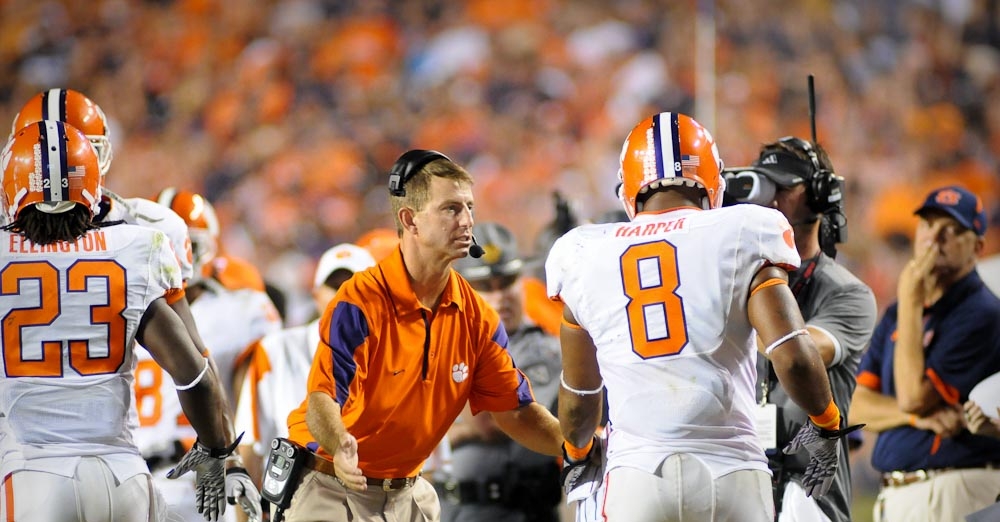 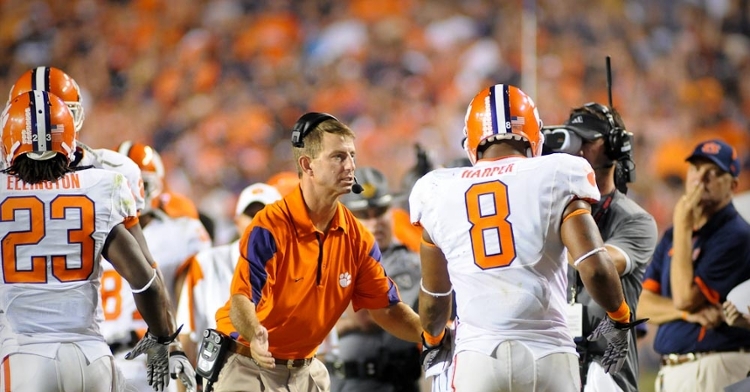 Swinney asks Jamie Harper a question during the 2010 game at Auburn."