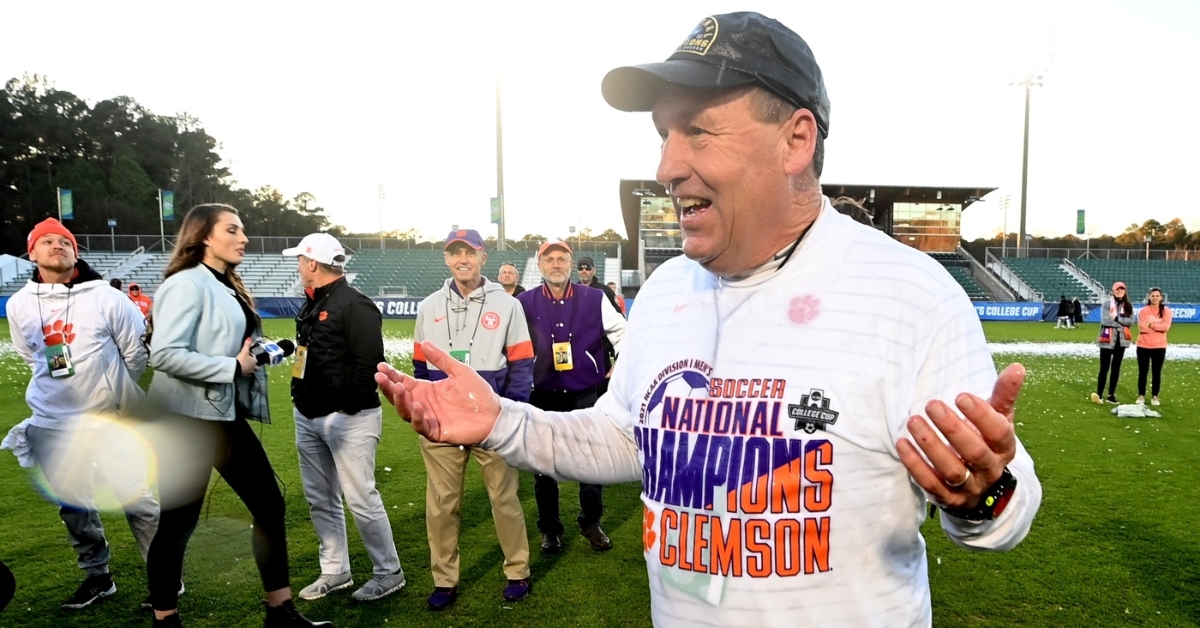 GREENSBORO, N.C. (theACC.com) – Clemson has been chosen as the favorite to capture the 2022 Atlantic Coast Conference Men’s Soccer Championship following a vote of the league’s 12 head coaches. The reigning national champions, the Tigers were picked as the ACC favorite by six coaches.

The league also unveiled its 2022 Preseason Watch List, consisting of one student-athlete from each program, nominated by the respective schools.

Clemson also was selected as the favorite to win the ACC’s Atlantic Division, finishing with nine first-place votes and 64 total points. Wake Forest scored the remaining three first-place votes and was second in the balloting with 55 points. Louisville (47), Syracuse (33), Boston College (28) and NC State (19) were picked third through sixth in the division, respectively.

Pitt was voted the Coastal Division favorite for the second straight season. The Panthers were NCAA quarterfinalists last season and were picked as the division favorite on six ballots, finishing with 57 points to narrowly top North Carolina, which finished with five first-place votes and 52 points. Notre Dame, after winning the 2021 ACC Championship and reaching the NCAA College Cup semifinals, was picked third in the division with one first-place vote and 44 points. Duke (38), Virginia Tech (34) and Virginia (21) finished fourth through sixth, respectively.

Six ACC teams are ranked in the preseason United Soccer Coaches preseason poll, the most of any conference. Clemson earned all the first-place votes to top the 2022 preseason poll. The Tigers are one of three ACC squads in the top 10, joined by Notre Dame at No. 4 and Pitt at No. 7. Duke is ranked No. 12, while Wake Forest is No. 15 and North Carolina is No. 24.

The 2022 ACC Men’s Soccer Championship opens at campus sites on Wednesday, Nov. 2 and is capped by the championship game on Sunday, Nov. 13, at WakeMed Soccer Park in Cary, North Carolina.