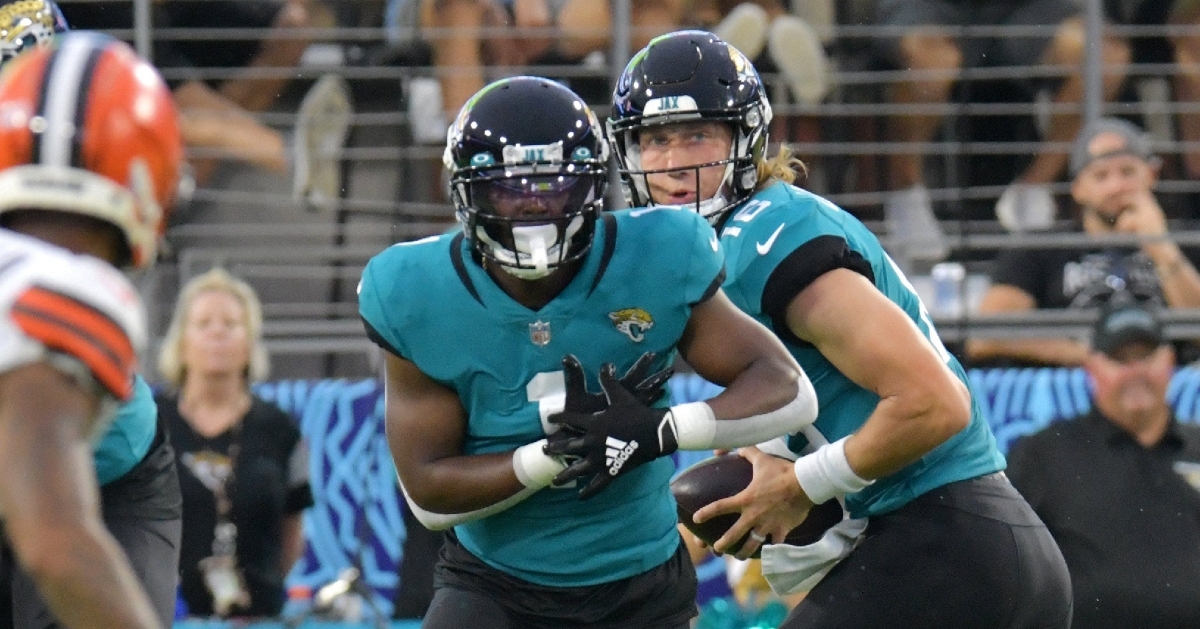 It will be a little later into August when you will see Trevor Lawrence and Travis Etienne in uniform playing. (Photo: Bob Self / USATODAY)

You will have to wait a little longer to see the dynamic duo of former Clemson stars playing together with the Jacksonville Jaguars.

Still early in the NFL preseason, Jaguars coach Doug Pederson said on Tuesday that Trevor Lawrence and Travis Etienne will not see playing time in the Hall of Fame preseason opener on Thursday versus Las Vegas in Canton, Ohio (8 p.m./NBC).

NFL Network's Ian Rapoport said to expect the same for Raiders starters, which could mean Hunter Renfrow among those sidelined as well. Raiders cornerback Trayvon Mullen has been on the physically unable to perform (PUP) list.

Their season starts at the Washington Commanders on Sept. 11 (1 p.m./FOX).

Lawrence and Etienne last played together in a game in the preseason last year at New Orleans, where Etienne suffered a foot injury that put him on the injured reserve and out for the season.

Lawrence gave a rave review on Etienne's comeback recently at the start of camp.

"Right now, his body looks great, and I think he's running real well, picking up the offense, done a great job in the protections," Lawrence told reporters. "All those things that we're asking him to do, he's done a great job."

#Jaguars coach Doug Pederson announced that QB Trevor Lawrence and RB Travis Etienne won't play in the Hall of Fame game on Thursday. Expect the #Raiders to be on the same page with several starters watching from the sidelines.